‘Holocaust survivor anthem’ to be performed at UN by 3 Israelis 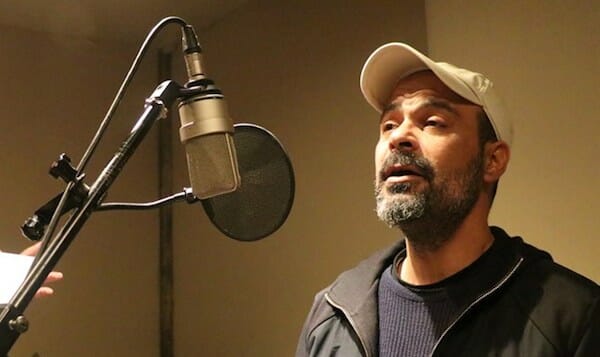 David D’or, Amir Benayoun and Miri Mesika will perform ‘The last survivor’ at UN on the anniversary of the liberation of Auschwitz.

“I stand, the last one of them all, but all of them are still living in my soul.” These stirring words will be sung at the March of the Living’s International Holocaust Remembrance Day program on January 29 by three leading Israeli artists at a ceremony at the UN to be held in three languages: English, Hebrew, and Arabic.

The project, whose goal is to pass the memory the Holocaust on to future generations, brings together Israeli artists Amir Benayoun, David D’or and Miri Mesika. The artists will perform the song “The last survivor,” whose lyrics were written by Moshe Klוghaupt and music composed by Amir Benayoun.

The UN ceremony will be held with the participation of representatives of the Righteous Among the Nations and Holocaust survivors on the occasion of International Holocaust Remembrance Day, marking the anniversary of the liberation of Auschwitz and the 30th anniversary of the establishment of March of the Living.

Amir Benayoun, who composed the song, said, “Soon the survivors will no longer be able to speak, and it is our job, as the following generations, to be their mouthpiece and to bring their testament. We are those who will also have to fight the Holocaust deniers wherever they are, and this song, in three languages, will be one of the tools. I am excited that I was privileged to take part in such an important project. ”

The project’s initiator and songwriter, Moshe Klughaupt, relates, “In Israel, 40 Holocaust survivors die each day, and the song presents their testament – never to stop telling the story. While writing the text I imagined the situation in which, within a few years, there remains one Jew who experienced the Holocaust, and the song is written about him, the last survivor. We have a clear message to the world with this project: In the era of Fake News and Holocaust denial, there are things that must remain beyond any dispute. ”

Israel’s ambassador to the United Nations, Danny Danon, who invited the delegation to perform at the ceremony, said: “In these days when the Holocaust survivors living among us are diminishing and anti-Semitism rears its ugly head again, the duty of memory and passing it on to future generations should be a guiding light for the international community.”

Danon added, “This sacred duty is not only that of the Jewish people, but of the entire world. Educational activity with modern tools ensures that the past will not be forgotten. Specifically in a place like the United Nations, where we are exposed to modern anti-Semitism, it is important to say loudly and clearly, ‘Never again.’ ”

The traditional Holocaust Anthem is the Yiddish song Zog nit kan mol – Never say this is the end, also known as “The Partisan’s Song,,” written in 1943 by Vilna poet Hirsh Glik to a melody composed by the Soviet-Jew Dimitri Pokrass. The song’s powerful lyrics and rhythm raised the morale of fighters against the Nazis. World ORT is aiding in a campaign to introduce it to schoolchildren so that the next generation remembers it as well.