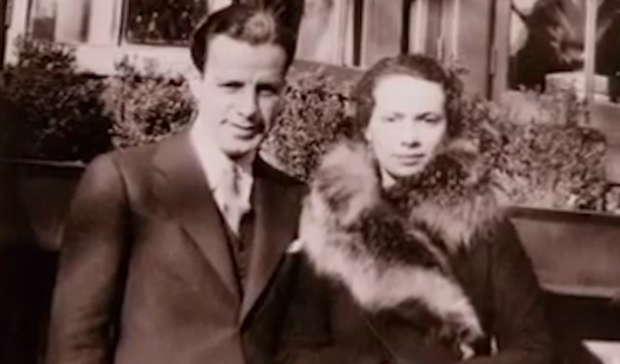 Even the man telling the story didn’t believe it was true initially.

“To be honest, I didn’t believe a word of what I was reading,” said Steven Pressman. “It sounded like a piece of fiction.”

In this case, however, the story is true.

In 1939, Gil and Eleanor Kraus, a Jewish couple from Philadelphia, risked their own lives, went to Austria, and brought home 25 boys and 25 girls.

“They figured out a way to go to Nazi Germany and rescue a group of Jewish children,” Pressman said.

Pressman is married to the Kraus’ granddaughter. She told him the story a few years ago and showed him her grandmother’s memoir.

Pressman turned the memoir into an HBO documentary called “50 Children.” They screened the film in Boca Raton on Wednesday night, in an event presented by the U.S. Holocaust Memorial Museum.

For most of the crowd, the film is a fascinating story.

For one man in the second row, it was life.

Julius Wald was one of the 50 children. He now lives in Boca Raton.

“It’s a tribute to the Krauses for what they did,” Wald said. “Because what they went through, I only learned in retrospect.”

Wald was 9 years old at the time and said he never realized how much danger he was in. He clearly remembers not wanting to be rescued, wanting instead to stay with his parents.

“It’s kind of a mixed emotion but it’s a childish emotion,” Wald said. “You look forward to the adventure, but I did not want to leave.”

He did leave eventually and was later reunited with his mother in America.

His father, and so many other relatives, never made it out.

“Is it fair to say the Krauses saved your life?” asked WPBF 25 News reporter Ari Hait.

“Oh, absolutely!” Kraus responded. “Mine and 49 other children.”

They all now have a documentary to remember the heroism of Gil and Eleanor Kraus.