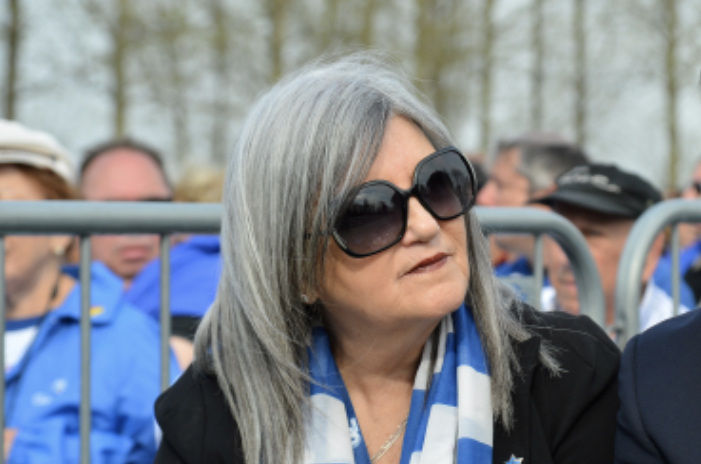 “She gave my dad life and then he gave me life and now I’m helping her to survive,” said Toronto physician Dr. Jordana Sacks.

Given its unprecedented and total nature, the Holocaust is considered by many as the most extreme form of genocide on the continuum of crimes against humanity.

In the words of historian Dr. David Silberklang: “The very goal itself – a state plan to annihilate an entire people without exception, not to leave a single Jew alive under any circumstances – is what makes the Holocaust unique.”

As a result, “The Holocaust has become the ‘master narrative’ for suffering, shaping discussions about every present conflict over genocide and human rights,” as one writer noted.

Precisely because of this, sadly, the Holocaust has been the object of distortion for partisan political purposes from across the political spectrum. In fact, the Far Right and Far Left are equal opportunity offenders.

Those on the far right, are more likely to outright deny the Holocaust or wish for it to happen again (sometimes in the same breath, ignoring the obvious contradiction).

Those on the far left are more likely to claim that attention to the Holocaust obscures the suffering of other minorities or equate the Jewish state, Israel, with Nazi Germany.

On repeated occasions the far-right fringe in the US and other regions have compared COVID-19 vaccine mandates to Nazi Germany’s genocidal policies towards Jews, and equated Dr. Anthony Fauci’s efforts with those of Dr. Josef Mengele.

It beggars belief to have to point out the absurdity of comparing the attempt to save human life through wearing a mask and life-saving vaccines, to herding millions of Jews into the gas chambers with the express purpose of annihilating an entire race.

The numerous courageous and dedicated Holocaust survivors who have joined us on the March of the Living would shudder at such a comparison.

This is why on Yom Hashoah 2021, International March of the Living, honored medical heroes of the Holocaust along with modern day medical figures, including Dr. Anthony Fauci and Pfizer CEO, Dr. Albert Bourla, who himself is the son of Greek Holocaust survivors, for their life-saving work in the fight against the global pandemic. We also featured the story of Dr. Jordana Sacks, a Toronto physician on the front lines of the battle against COVID-19, who vaccinated her elderly Holocaust survivor grandmother in early 2021.
“She gave my dad life and then he gave me life and now I’m helping her to survive,” she said with tears in her eyes.

For the survivors who have traveled with us on the International March of the Living, as well as for most Holocaust survivors, the important lessons of the Holocaust include the mission to remember the victims and to commit to building a world free of oppression and intolerance: a world of freedom, democracy and human rights for all members of the human family. Using the Holocaust to demonize Israel, to malign the Jewish People or to denigrate the wearing of masks and subscribing to vaccine measures is nothing other than sacrilegious.

Historians have often talked about the eight stages of genocide, with denial inevitably being the eighth stage that always follows a genocide. Sadly, we now have another related category: the misuse of the Holocaust for partisan political ends.

“There is only one thing worse than Auschwitz itself … and that is if the world forgets there was such a place,” Auschwitz survivor Henry Appel, poignantly reminded us.

Now, we have something perhaps as unfortunate: the trivialization, the whataboutism, and the political manipulation that so often occurs with the Holocaust. These all serve to defile the memory of the victims of the Shoah.

On behalf of our six million martyred ancestors and so many others who suffered during the Holocaust, we plead with all fair-minded people: Please do not allow their memory to be defiled.

The March of the Living brings students, Holocaust survivors, educators and distinguished leaders from all over the world to Poland to commemorate Holocaust Remembrance Day, where they march arm in arm with Holocaust survivors from Auschwitz to Birkenau against prejudice, intolerance and hate. From Poland, many participants travel to Israel, where they commemorate Israel’s fallen soldiers on Yom Hazikaron and celebrate Israel’s independence on Yom Ha’atsmaut.

On Yom Hashoah 2021, International March of the Living, the Maimonides Institute for Medicine Ethics and the Holocaust and the Miller Center for Community Protection and Resilience at Rutgers University sponsored the seminar, “Medicine and Morality: Learning the Lessons from the Holocaust and COVID-19”, with the cooperation of the USC Shoah Foundation and Teva Pharmaceuticals.

Phyllis Greenberg Heideman, President of International March of the Living.