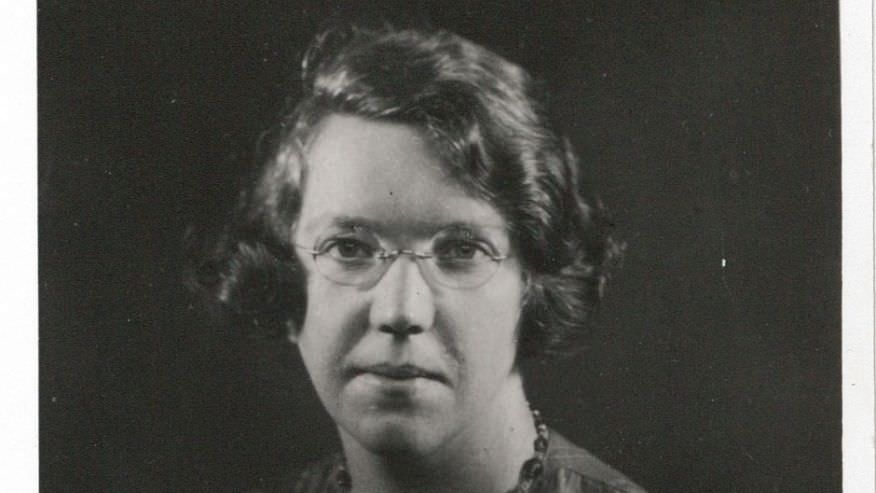 A Holocaust heroine’s last will and testament has been unearthed in church archives in Scotland, offering a glimpse into the incredible life of Jane Haining, who died in Auschwitz in 1944.

The handwritten will and previously unpublished photographs were recently found in a box in the Church of Scotland World Mission Council’s archives in Edinburgh.

Haining, a Christian missionary who spoke fluent German and Hungarian, moved to Budapest from her native Scotland in 1932 to work as matron at a church-run school that provided safe haven to Jewish schoolgirls, many of whom were orphans. Advised to return home during World War II, she remained in Budapest to care for her young charges.

Even though under surveillance, Haining managed to keep the girls safe for four years, but was betrayed by the cook’s son-in-law, whom she caught eating food intended for the girls. She was arrested by two Gestapo officers and accused of eight offenses, including working among Jews, weeping when seeing the girls attend class wearing yellow stars and visiting British prisoners of war. After her arrest, Haining was sent to Auschwitz, where she died with some of the girls from the Jewish Mission School. She was 47 years old.

Haining’s will, which says “to be opened in the event of my death,” is dated July 1942 and details who is to receive her wireless, typewriter, fur coat and watches.

The photos, which show Haining and some of the girls in her care, cast new light on her tragic story. Around 70 new images were found in the archive, many of which show the girls and Scottish Mission staff on the shore of Hungary’s Lake Balaton, where they spent their summer vacations.

“The previously unseen documents and photographs have, for me, evoked fresh feelings of awe about this already tremendously moving, inspiring and important story,” said Rev. Susan Brown, minister at Dornoch Cathedral in the Scottish Highlands and convener of the Europe Committee of the World Mission Council, in a statement.

“To hear of Jane’s determination to continue to care for ‘her’ girls, even when she knew it put her own life at risk, is truly humbling.”

“It is a wonderful document and tremendously exciting to have something that Jane Haining herself has written,” added Rev. Ian Alexander,  secretary of the Church of Scotland World Mission Council, in the statement. “It gives a sense she was fully aware of the risks she was taking.”

The circumstances surrounding Haining’s death in the concentration camp are unclear – her death certificate says that she died of “cachexia following intestinal catarrh.”

A translation of Haining’s last letter, dated July 15 1944 – two days before she died, has also been unearthed. The letter, written in German, was sent to Margit Prem, the Hungarian head teacher who ran the Budapest school and is mainly concerned with the welfare of others food, and practical details of the school.

The archive, which also includes documents detailing efforts to secure her release from Auschwitz, will soon be handed over to the National Library of Scotland.

Described as a Christian martyr by the Church of Scotland, Haining was awarded a Hero of the Holocaust medal by the U.K. Government in 2010, and has been dubbed “Scotland’s Schindler”. She has also been recognized as Righteous Among the Nations by Israel’s Yad Vashem holocaust memorial.