Greek Jewry and The Holocaust 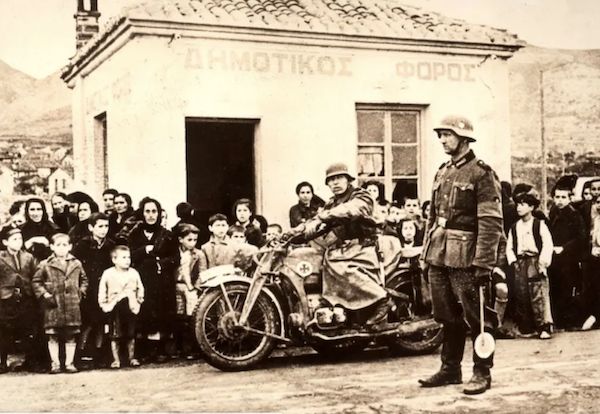 The destruction of the Jewish community of Greece remains, more than seven decades after the conclusion of World War II, one of the lesser-known stories of the Holocaust. Before World War II, approximately 80,000 Jews lived in Greece in 31 different communities. Two-thirds of the Jewish population – approximately 55,000 Jews – lived in Saloniki. By war’s end, only 10,000 Jews survived. Eighty-seven percent of the Jews of Greece were murdered in the Holocaust. Yet, the tale of the annihilation of the Jews of Greece is much more than a story of numbers.

Devin E. Naar, the Isaac Alhadeff Professor of Sephardic Studies at the University of Washington explains that because the vast majority of the Jews of Greece lived in Saloniki, in many ways, the story of the Jews of Greece in the 20th century and their experience in the Holocaust is the story of the Jews of Saloniki. “The Jewish community of Saloniki was one of the largest, culturally and intellectually diverse prosperous Jewish communities in modern times,” says Naar. The real impetus to the city’s Jewish development, Naar explains, emerged after 1492, in the wake of the Jewish expulsion from Spain. Saloniki received a large influx of Sephardic Jews that transformed the nature of Jewish life in the Ottoman empire. From the sixteenth century until the end of World War I, Jews constituted a plurality of the city’s population. Rabbinic luminaries such as Rabbi Shlomo Alkabetz, author of the ‘Lecha Dodi’ hymn, sung at the inauguration of the Sabbath, and Rabbi Joseph Karo, author of the Code of Jewish Law (‘Shulhan Arukh’), lived in Saloniki before moving to Israel.

In the 19th and 20th centuries, Saloniki, which was part of the Ottoman Empire, became a major port city. “Jews were in all of the socio-economic strata of society,” explains Naar. “The stevedore was likely to be a Jew, the customs agent was Jewish, shoe shiners were Jewish, lawyers, teachers – even gangsters and prostitutes were Jewish.” Saloniki was, essentially, a Jewish city. Due to the preponderance of Jewish port workers, the Saloniki harbor was closed on Saturdays and Jewish holidays, and Ladino, the Judeo-Spanish dialect of the Jews, was spoken throughout the city. Saloniki was dubbed the ‘Jerusalem of the Balkans’.

Even after the Balkan Wars, when the independent Greeks conquered Saloniki, Professor Naar explains, the city still retained much of its Jewish character, and maintained a robust Jewish communal life with ten Jewish political parties, Jewish community schools, and Judeo-Spanish and Hebrew newspapers.

On April 6, 1941, Germany invaded Greece and Yugoslavia, and conquered both countries within a month. Professor Gideon Greif, senior lecturer and researcher in Holocaust studies in the Judaica department at Ono Academic Center, explains that though Germany had controlled control of Greece since the spring of 1941, the real beginning of the Holocaust for the Jews of Greece was on July 11, 1942, known as ‘Black Sabbath’, when the Nazis summoned ten thousand young Jews to Liberty Square, and tortured and humiliated them. Soon after, they confiscated Jewish property, forced them to wear the yellow badge, and moved the Jews into two ghettos, one in the eastern section of the city, and one in the western side, near the railroad station. On March 15, 1943, the deportations to Auschwitz Birkenau began, from the western side of the city. Most of the deportees were gassed upon arrival.

Greif says that “the Holocaust of the Greek Jews was one of the most tragic stories about the Holocaust. Though all communities suffered greatly, Greek Jews suffered even more because they were different and even when they reached Auschwitz, their suffering was even greater.” The Greek Jews, notes Greif, were not used to the frigid climate of Eastern Europe and could not communicate with their fellow Jews from Eastern Europe, because they didn’t speak German, Yiddish, or Polish. They were mocked by Ashkenazic Jews because of their differences, he says. Many of them were compelled to work within the killing installations as Sonderkommandos and were forced to aid with the disposal of gas chamber victims during the Holocaust. Greif explains that the rate of death within Greek Jewry was among the highest in the Holocaust, “because the Germans used their repertoire of deceit efficiently and hid their murderous intentions.” In addition, he says, the Greek Jews were led by Rabbi Zvi Koretz, the head of the Jewish council, who was naïve, and thought that cooperating with the German authorities would improve their situation. Because he was so obedient, says Greif, one transport followed another until April 1944.

Professor Naar notes that while the destruction of the Jews of Saloniki was echoed throughout most of Greece, some communities experienced different fates. The Jewish population of Athens on the eve of the war was approximately 1500, and it doubled and tripled over the course of the war, as many Jews fled there. The Nazis were less successful in deporting the Jews of Athens, and Archbishop Damaskinos of Athens called on the citizens to intervene and speak out against deportations.

The coastal city of Volos on the Aegean Sea had a Jewish population of almost 900, and some Jews from Saloniki had fled there. In September 1943, the city fell under German occupation. Nevertheless, due to the efforts of the city’s chief rabbi Moshe Pessah, who worked together with the local Archbishop and the National Liberation Front, the vast majority of the city’s inhabitants were saved.

Finally, no mention of the Greek Jews and the Holocaust would be complete without the story of the island of Zakynthos, the third largest of the Ionian Sea. In 1944, the mayor, Loukas Karrer, was ordered by the Germans to hand over a list of the Jews living on the island. Bishop Chrysostomos presented the Germans with a list containing two names – his own, and mayor Karrer. The bishop told the Germans. “Here are your Jews. If you choose to deport the Jews of Zakynthos, you must also take me, and I will share their fate.” The Jews of the island were safely hidden in the mountains, and all 275 survived the Holocaust. While the story of Zakynthos is undoubtedly inspirational, the fact remains that the vast majority of Greece’s Jews perished, and along with them, a rich tradition and culture that can never be restored.

“The Jewish people and the world lost a lot by this tragedy because the Greek Jews were very noble and intelligent and good-hearted,” says Professor Greif. “It is a horrible loss which will never be compensated.”

This year, the speaker of the Greek Parliament, Mr. Nikos Voutsis and Bartholomew I, Archbishop of Constantinople-New Rome and Ecumenical Patriarch, will be representing the government of Greece in the International March of the Living from Auschwitz to Birkenau, on Thursday, May 2. Yehuda Poliker, renowned Israeli singer and musician, whose parents who survived the Holocaust after being deported from Saloniki to Auschwitz, will also be in attendance.