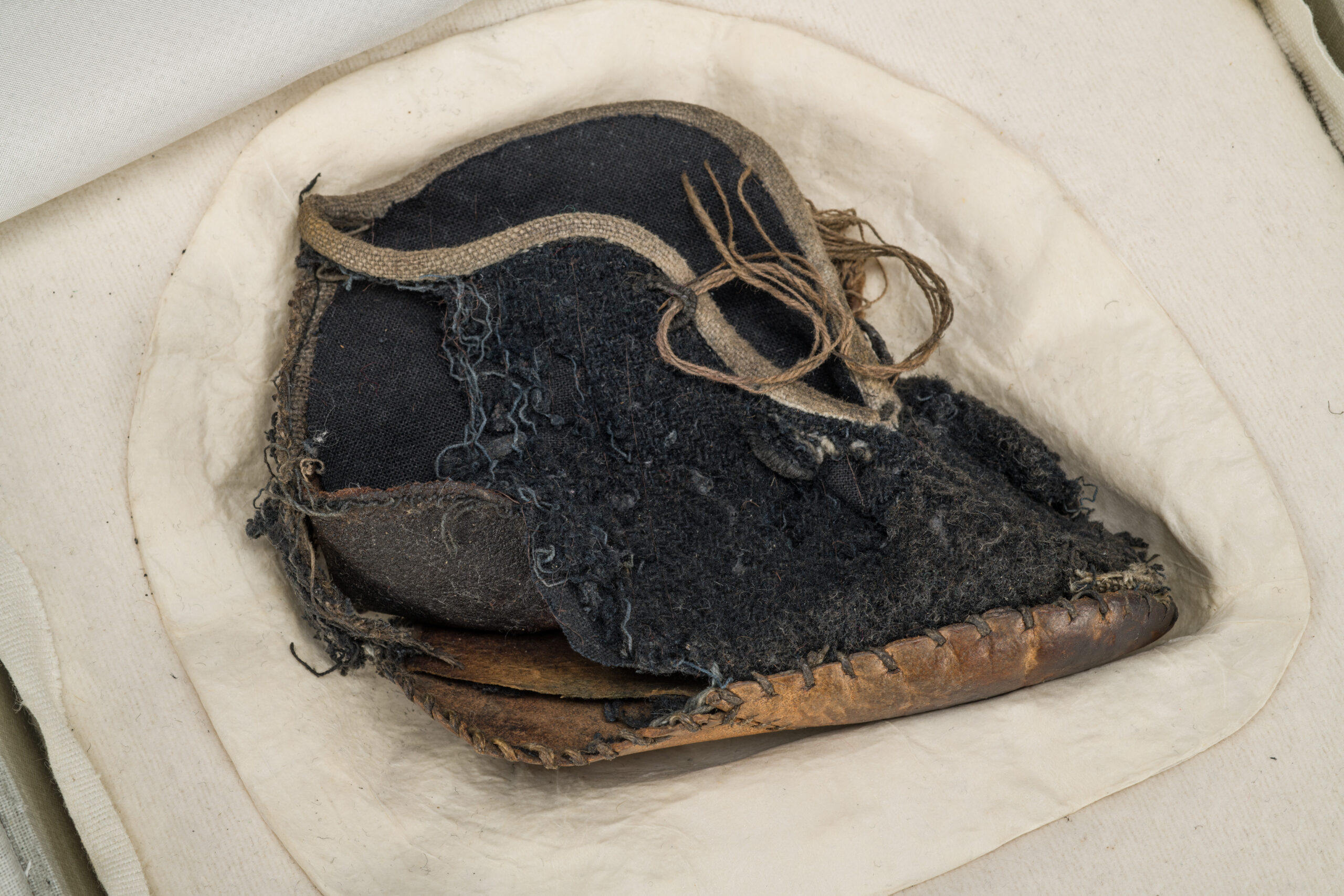 Seventy-seven years after the end of World War II, as the generation of Holocaust survivors is fast disappearing, what remains to remind the world of the tragedy?  Among the most poignant reminders of the Holocaust are the thousands of pairs of children’s shoes taken from the hundreds of thousands of young victims who perished in the gas chambers in Auschwitz. Today, more than 8,000 shoes stored at Auschwitz are rapidly deteriorating. The International March of the Living and the Auschwitz-Birkenau Foundation, recognizing their symbolic importance, have embarked on an ambitious joint project to preserve these shoes for future generations.

Speaking at the Jerusalem Post Global Investment Forum 2022 held in Marrakech this past November, Revital Yakin Krakovsky, Deputy CEO of the International March of the Living, and Wojtek Soczewica, director-general of the Auschwitz-Birkenau Foundation, introduced “Soul to Sole,” the plan to restore the children’s shoes at Auschwitz. “We are here to make a pitch to invest in Holocaust education for the future of all mankind,” said Yakin Krakovsky. We are protecting history and defending memory.”  Seed funding for the Sole to Soul campaign was provided by the Neishlos Foundation, headed by Eitan Neishlos.

In Marrakech, Soczewica explained that the Auschwitz-Birkenau Foundation’s main task is financing and facilitating the preservation of the camp’s infrastructure, such as the barracks, the crematoriums and the personal items of prisoners who perished in the camp. “This is the most important mission of the Foundation because we want to keep the evidence, and every single item is evidence.”

He added that “there is a fundamental logic behind our work in saving every single authentic item at the memorial, whether it was jewelry that victims brought into the camp, or photographs or shoes. They are telling the story. If we let these items perish, we are contributing, in a way, to Hitler’s mad plan to erase any trace of Jewish life in Europe or other groups targeted by this madness.”

“We began the International March of the Living 35 years ago,” says Rosenman, “because we knew that the story of the Holocaust had to be told by the survivors.” Bringing students and adults to Auschwitz, he explains, and recreating the three-kilometer death march to the Birkenau complex together with survivors, took the experience to a different level, and ensured that participants would return to their communities around the world and tell the story of the Holocaust to their families and neighbors.

Rosenman says that today, it is even more important to conduct events like the March of the Living, given that the survivors are no longer present to provide their testimony. “The young generation living in Europe and the United States do not know about Auschwitz and the Holocaust,” he points out.

Each year, more than 10,000 people – Jews and non-Jews alike – join the March of the Living. In addition to remembering the Holocaust, Rosenman adds that one of the key messages of the March is fighting antisemitism, racism and all forms of hatred: “We are showing the world where hatred can lead.”

Rosenman notes that the March of the Living is expanding its message of Holocaust education to the Arab world.  In early November, the organization marked the anniversary of Kristallnacht with commemorative events in Jerusalem, Vienna and Dubai, the first event of its kind in the Arab and Islamic world.

Perhaps one of the most direct reminders of the Holocaust that visitors to Auschwitz encounter, notes Rosenman, are the thousands of children’s shoes that sit behind a glass case. “There are many Holocaust deniers around the world,” he says. “There is no stronger evidence than this pile of shoes of the children, who were thrown into the crematoriums just an hour after they last wore them. One million Jewish children were murdered during the Holocaust. It is our mission to remember.”

Holocaust survivor Arie Pinsker visited the Auschwitz conservation lab last month and recounted how he lost his entire family in the gas chambers of Auschwitz II-Birkenau, with the exception of his older brother, who saved his life. Arie burst into tears at the sight of the tiny shoes and said, “It’s so hard for me to look at these shoes. I see them and think that my twin sisters’ shoes are here too.”

Eitan Neishlos, a strategic partner of the March of the Living and the Soul to Sole project, added: “In so many cases, the tiny shoes left at Auschwitz are all that is left of young Jewish children murdered by the Nazis. Their shoes were stripped from them mercilessly, as were their names, their dreams and futures. By preserving these iconic shoes, we are preserving the memory of Jewish children who were the victims of perhaps the Nazis’ most harrowing cruelty.”

Approximately 1.1 million people across German-occupied Europe were murdered in Auschwitz-Birkenau. Among the 1.3 million people deported to Auschwitz were some 232,000 children. The largest number of children arrived at the camp in the second half of 1942. The majority of them were Jewish children who were immediately murdered in gas chambers upon arrival.

More than 8,000 shoes stored at Auschwitz are rapidly disintegrating over time. The International March of the Living is partnering with the Auschwitz-Birkenau Foundation, the Auschwitz Memorial, and the Neishlos Foundation in a global campaign at this link –  https://www.motl.org/soultosole/ – to preserve the shoes of the children murdered in Auschwitz. Without immediate conservation, these shoes are in danger of disappearing as historical documentation of life and death. Click here to help preserve the children’s shoes at Auschwitz and ensure that the memory of the victims will never be forgotten.

Written by By Alan Rosenbaum for The Jerusalem Post