‘FROM HOLOCAUST TO REDEMPTION,’ RIVLIN TO LEAD 30TH MARCH OF THE LIVING 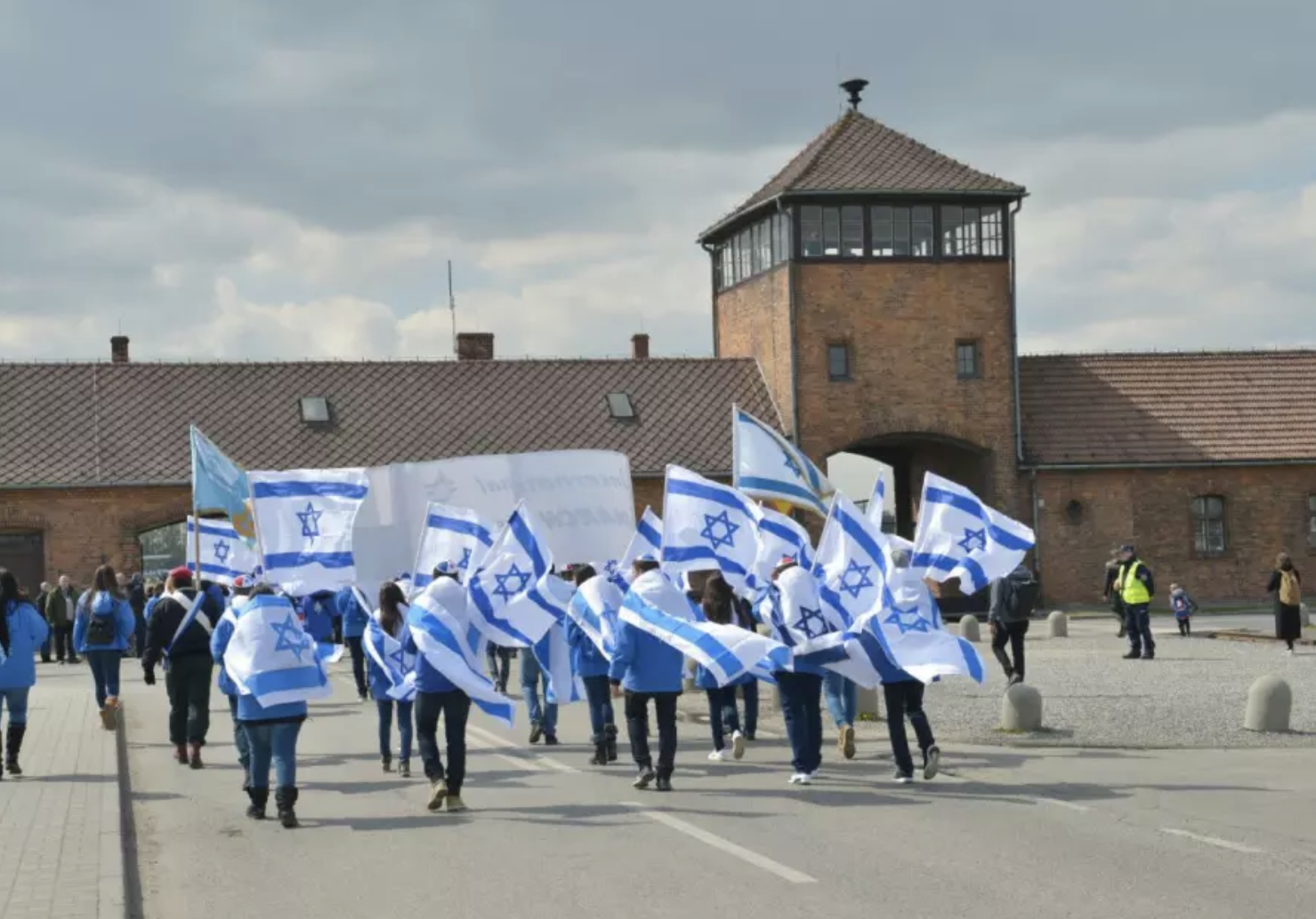 “Every facet of this march is historic,” President Reuven Rivlin said.

President Reuven Rivlin will lead the International March of the Living procession in Poland this year as the organization marks its 30th anniversary under the theme, “From Holocaust to Redemption.”

Among the more than 12,000 participants from around the world expected to march the 3.2-km. (2-mile) path from Auschwitz to Birkenau on Holocaust Martyrs’ and Heroes’ Remembrance Day on April 12, a week before Israel’s 70th anniversary, will be Yad Vashem Council chairman Rabbi Yisrael Meir Lau and the heads of all Israel’s security forces – the IDF, the Israel Police, the Mossad and Shin Bet (Israel Security Agency).

“Every facet of this march is historic,” Rivlin said.

Also joining Rivlin will be Polish President Andrzej Duda – under the shadow of the Polish law he signed on February 6 that makes it a criminal offense to accuse the Polish state or people of involvement or responsibility for the Holocaust – and representatives of Roman Abramovich’s Chelsea Football Club, which launched a campaign earlier this year called #SayNoToAntisemitism.

“After 70 years of the State of Israel, and the rebirth of the Jewish people’s independence in our homeland, we say clearly, ‘Am Yisrael Chai’ [The people of Israel lives],” Rivlin said in a message printed in a special supplement in The Jerusalem Report. “This is a march of living in a place where there was only death. This is a bright light in the place where there was only darkness.”

Prime Minister Benjamin Netanyahu sent warm greetings to the March of the Living on its 30th anniversary, noting that he had felt “at once great grief and immense pride” when he first undertook the journey 20 years ago.

“In stark contrast with the death marches, the March of the Living symbolizes the rebirth and the resilience of the Jewish people and the Jewish state,” Netanyahu said.

Chief of Staff Lt.-Gen. Gadi Eisenkot said the IDF will forever honor Israel’s obligation to provide a safe haven for the Jewish people.

“The blood of 6,000,000 victims cries out to us: ‘Stand as the guards we didn’t have, assure that Jewish blood will never again be abandoned,’” he said. “We will proudly keep their last will and testament, and continue to safeguard the State of Israel, allowing it to prosper and flourish.”

Dr. Shmuel Rosenman, the co-founder and chairman of the International March of the Living, said preserving the memory of the Holocaust “is the only way to restore hope in humanity, instill Jewish pride in an uninitiated and disconnected generation, and ensure that the horrifying events that took the lives of tens of millions of victims of the Holocaust, Jews and non-Jews alike, never again comes to pass.”

“To quote Ethics of our Fathers, ‘The day is short and the task is great.’ It is a daunting imperative and there is so much work ahead of us,” he said. “We can only reach this loftiest of goals together.”

Phyllis Greenberg Heideman, president of the International March of the Living, said the organization was proud to have been able to provide so many participants with an experience affording them the opportunity to understand the past and contribute to the future.

“We have a firm commitment to continue our mission for many more years to come in the firm believe that the world is a better place because of the March of the Living, and the graduates we send out into the world who are indeed committed to making a difference.”

Since its inception in 1988, more than 300,000 participants from more than 50 countries have participated in the March of the Living, according to the organization. “This year, the March of the Living will mark 30 years of its own Holocaust education programming as well as the 70th anniversary of the establishment of the State of Israel,” it said in a statement. “More than 12,000 youth from around the world, Jews and non-Jews alike, will participate in the march, and 110 delegations from 41 countries – including Argentina, Canada, the US, the UK, Morocco and Japan – will accompany the honorary delegation of 70 Holocaust survivors.”

The March of the Living, which is not funded by the Israeli government, calls itself “an independent educational program that aims to instill the younger generation with the values of tolerance, acceptance, humanitarianism and mutual responsibility.”