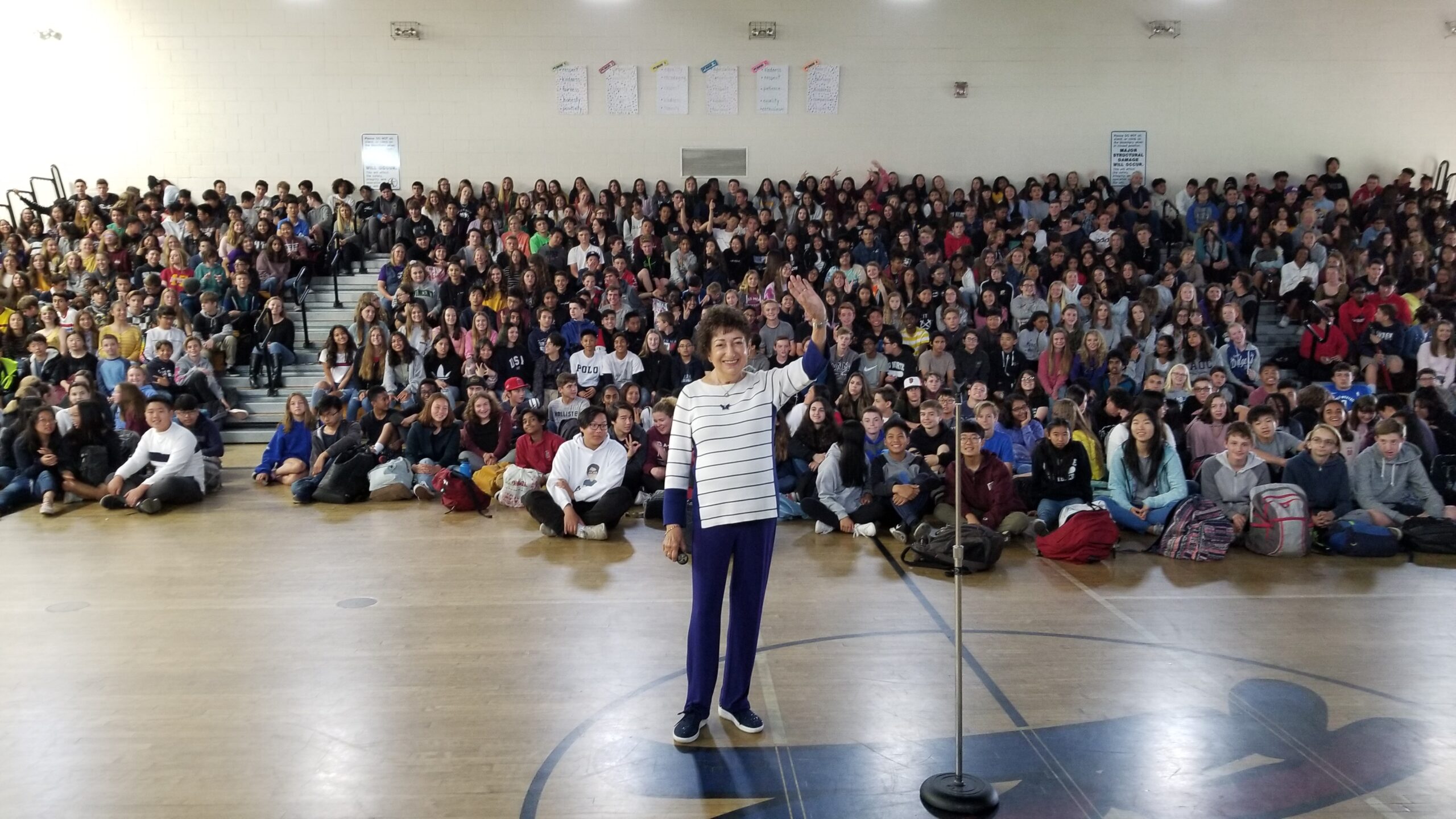 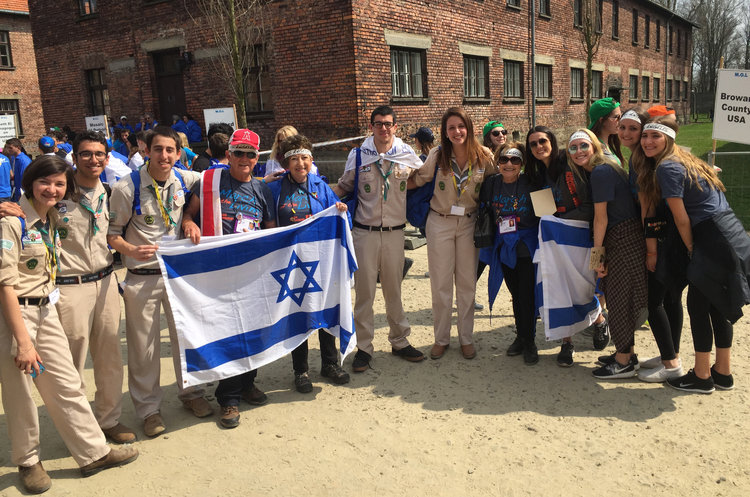 As part of her commitment to teaching young people the lessons of the Holocaust, Gabriella Karin has participated in the March of the Living trip to Poland and Israel every year since 2012. 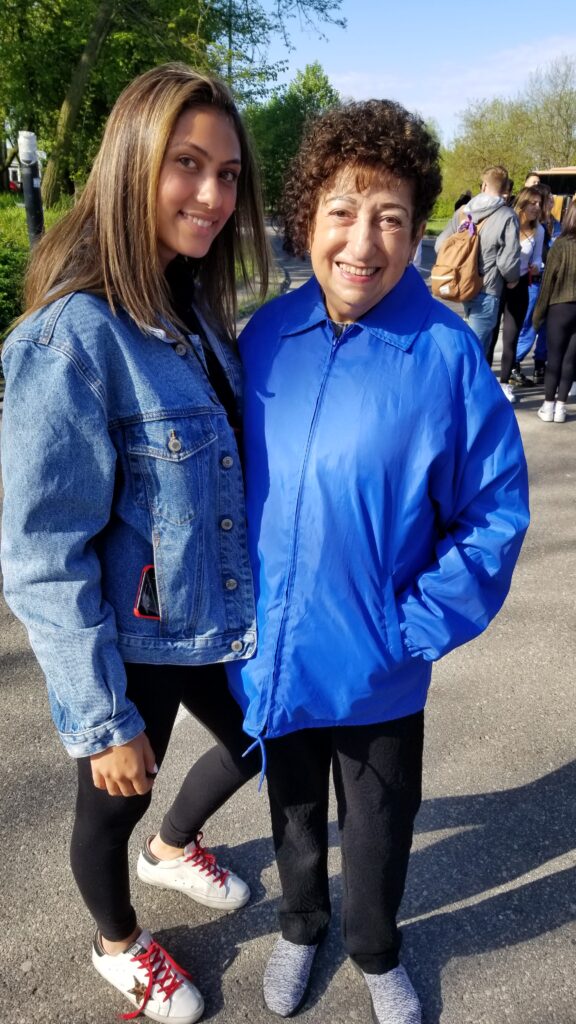 In Los Angeles, where she’s lived since 1960 and works as a sculptor, Gabriella devotes considerable time to educating Jewish and non-Jewish youth in schools, synagogues and camps about the horrific period of history she lived through in Europe. Today she also takes part in programs at the Los Angeles Museum of the Holocaust and the Museum of Tolerance.

Born in Bratislava in Slovakia, Gabriella’s childhood was marked by the Nazi persecution of Jewish residents. During World War II, she spent three years hiding in a Catholic convent with the help of false papers. Then, in 1944, at age 14, she joined the rest of her family when her aunt’s boyfriend, Karol Blanar, took them all into hiding in a one-bedroom apartment. They hid there until the Russians liberated Bratislava in April 1945. For his courage and compassion, Karol was later awarded the title of Righteous Among the Nations by Yad Vashem in Jerusalem.

After the war, Gabriella went to school for design, pattern making and business administration before meeting her husband, Ofer Karin, also a survivor. They married and moved to Israel to start a new life. They later moved to Los Angeles where Gabriella began sculpting and designing art in which she incorporates her Holocaust experiences as a principal theme,

“Everything can be taken from you, even the clothes you wear,” she tells students. “But no one can take away what’s in your head. So, put good things in there.”

Due to the CoronaVirus, the 2020 March of the Living has been postponed and Gabriella has a message of hope for the students who were planning to come with us this year:

We will survive this crisis and because of this experience the world will be a better place to live.” 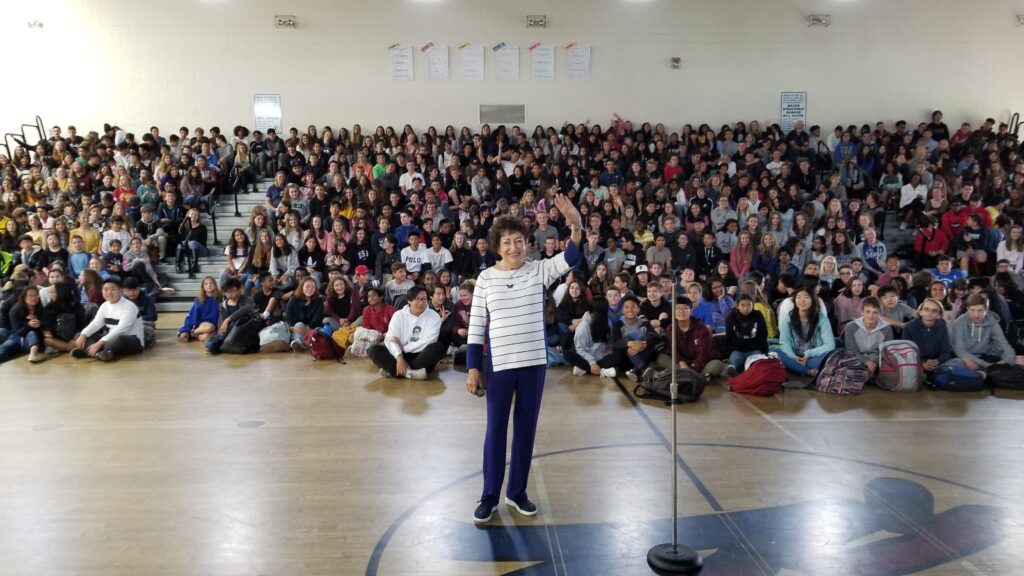