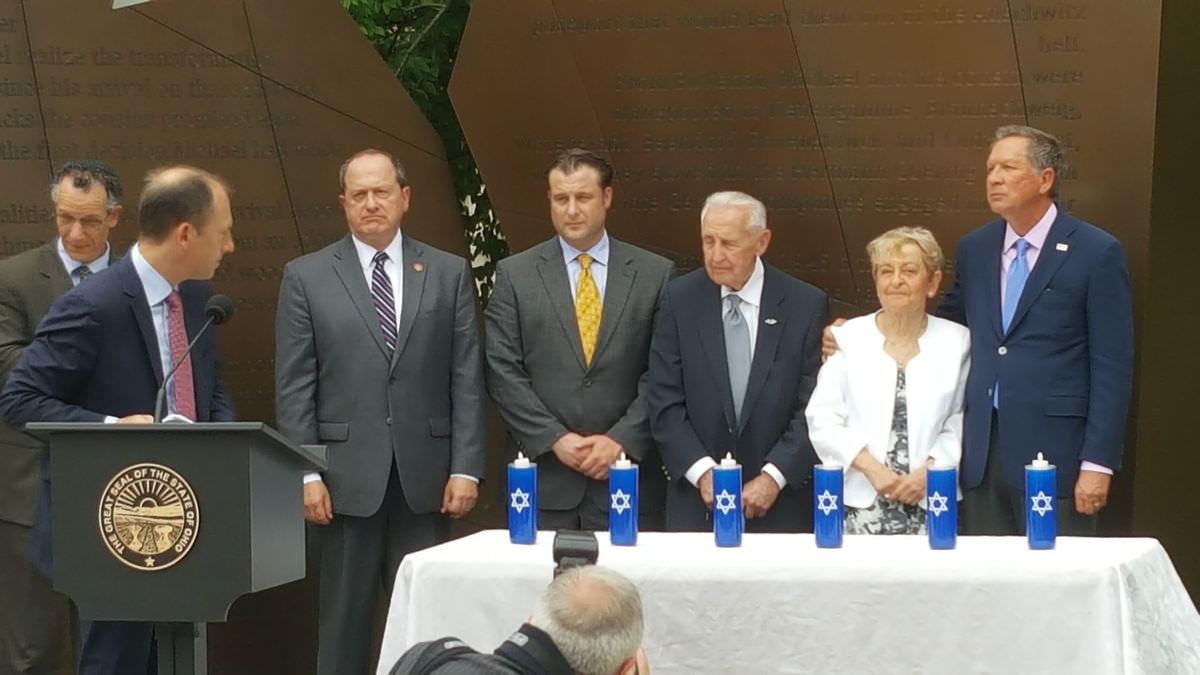 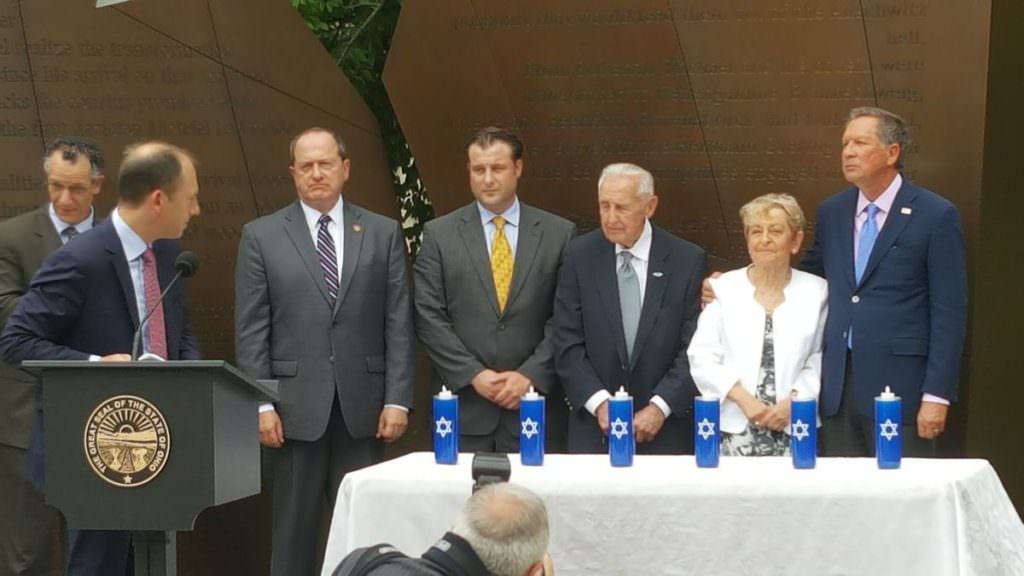 COLUMBUS – Fran Greenberg said she doesn’t remember much about her life before the age of 4. What is unfortunate, however, is that the memories she has of her life for the years that immediately followed are marred by sadness, depression, illness and loneliness.

Greenberg was the featured speaker at the Ohio Governor’s 36th Annual Holocaust Commemoration May 25 in Columbus. The program was rescheduled from May 4 in deference to the funeral of Joyce Garver Keller, the longtime former executive director of the Ohio Jewish Communities, who died May 1 in Bexley, a Columbus suburb.

Greenberg was born in Paris in 1937. When she was 4, rapid knocks on her apartment’s front door in the dark of the night were her first taste of the ugliness soon revealed to the world as the Holocaust. The knocks awoke her family of four as they all slept in the apartment’s one bedroom. French citizens working for the Vichy government insisted her father come with them, and that was the last time she saw him.

Her seamstress mother went to work to feed her family, sending Fran and her sister to daycare. Life was perilous and the small family moved to an abandoned apartment in the same building where a friend of Fran’s mother lived. The arrangement didn’t last long as the Nazis soon marched through the neighborhood to gather up Jews.

Greenberg’s life was marked by stints in foster care, a sanitarium, hiding in the French countryside and living with a Catholic family, a religion she soon adopted.

“I didn’t want to be Jewish. I thought something was wrong with Jews that people wanted to kill them,” she told the audience.

“Her dying wish was for us to go to family in Brazil or Pennsylvania,” she said.

In 1948, Greenberg and her sister, who at the time were 11 and 10, respectively, arrived by boat in the United States.

“When we saw the Statue of Liberty, everyone on board was dancing and clapping. So I thought, ‘This looks good,’” she said. The sisters lived with family in a small Pennsylvania town for a few years and then moved with them when they relocated to Pittsburgh a few years later.

It was in Pittsburgh, at age 16, Greenberg met her future husband, Dan. After moving around for his military career, the couple eventually settled in Bexley. They have four children and eight grandchildren. Their oldest son, Steven, is the nation’s first openly gay Orthodox rabbi. Fran is in her 35th year as a Realtor in Columbus.

This year’s commemoration, entitled “Confronting the Holocaust: American Responses,” featured not only Greenberg’s address, but also that of a U.S. Army hero from Akron who served in World War II.

Col.William Miller was a Boy Scout leader in Akron and an Eagle Scout. He served alongside Gen. George S. Patton and liberated a concentration camp. He recalled the devastation he felt when seeing “bodies everywhere. The guards had machine gunned” Jews, and their bodies were scattered haphazardly, he said. “Not all were dead, though, and there were moans, and cries” from the people he will never forget.

“I have seen these things so when someone says this didn’t happen, they did. I saw it,” said Miller.

As has happened every year since the Ohio Holocaust Memorial was unveiled on the grounds of the Ohio Statehouse in 2014, the commemoration was held in the shadows of the giant memorial. A moment of silence was observed for Keller, who was instrumental in seeing the memorial become a reality, and her name was recalled several times during the program.

“Joyce Garver Keller will always be hanging around this memorial,” said Ohio Gov. John Kasich, who was a proponent of the memorial. “This monument will never go away. As long as that building (the Ohio Statehouse) is here, it will always be here to remind people” of their responsibilities to be civil to one another and to never forget what can happen when we aren’t, Kasich said.

“Life is doing what you can to make this world a bit better. Sometimes, people wait for someone to come on a white charger to change everything. They aren’t coming. It’s you. It’s me. It’s us. It’s all about us believing the actions we take make a difference in how the world spins,” he said.

J. David Heller, a former board chair of Ohio Jewish Communities who served a five-year term on the U.S. Holocaust Memorial council, was master of ceremonies. He spoke about the importance of having a memorial on Statehouse grounds.

“It was an excellent program,” said Heller, of Moreland Hills. “Both speakers were phenomenal, and it was well attended by members of the legislature, the Ohio House and Senate.”

“The mission of Israel bonds is to support Israel in many ways,” said Thomas Lockshin, executive director of Ohio and Kentucky for the Development Corp. for Israel/Israel Bonds. “The future of the Jewish people is founded in keeping the memories of the Holocaust and those who perished at the forefront. I am also here to honor Joyce Garver Keller and her work to make this memorial a reality.”