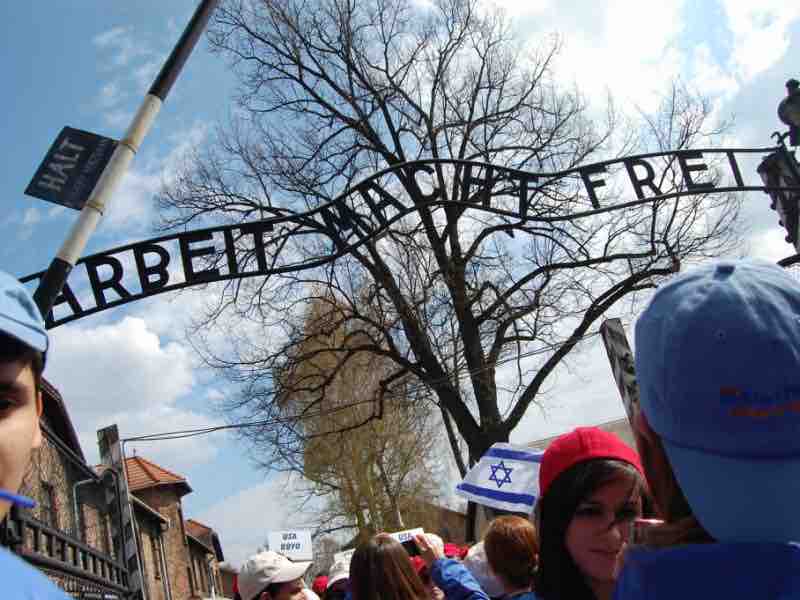 However, behind her long, dark hair and bright smile, Hannah has proved to her family, friends, and community that she is so much more. 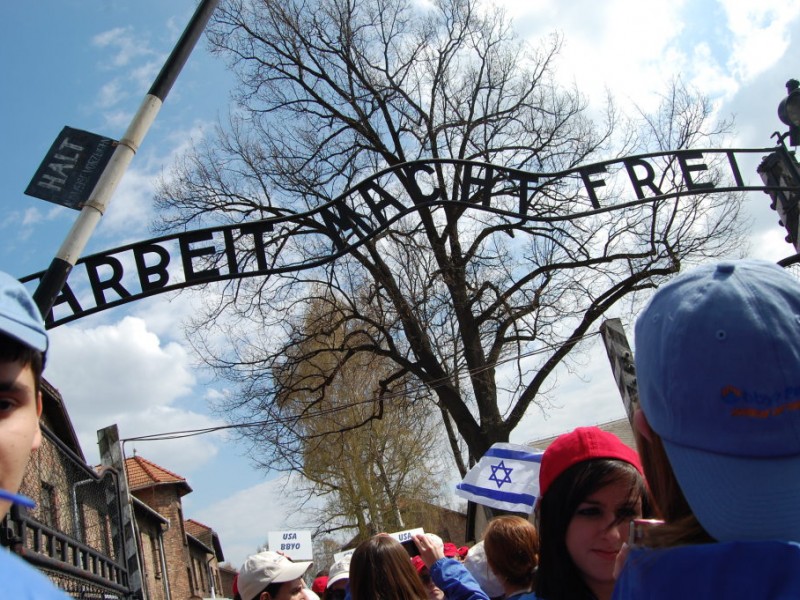 During the eighth grade, mildly influenced by her older brother, Hannah joined BBYO, a worldwide Jewish movement that connects teens of all backgrounds and inspires them to live Jewish lives while making differences in the world. It was the following year, however, that Hannah discovered her interest in becoming internationally involved after a BBYO summer program in North Carolina.

Then, when Hannah learned of the annual March of the Living program, she knew that she had to go. She worked a part-time job her junior year to fund the trip, signed up through BBYO, and in April, Hannah was on her way.

The March of the Living is a two-week-long international educational program that brings Jewish teens from all over the world to Poland and Israel in honor and remembrance of the Holocaust. Hannah burst with pride as she described her trip as both an “emotional roller coaster” and “an incredible experience”

First stop: Poland, where over 20,000 people from all over the world march fromAuschwitz to Birkenau, two of the largest concentration camps built and occupied during World War II.

“Auschwitz built up an intensity to start the march—it is very redone and is more of a museum now,” Hannah said. “From there, we marched 1.5 miles from Auschwitz to Birkenau. And Birkenau is in its completely original state.

“As we were walking away from Auschwitz, I felt happy; I expected that it would be more of a somber experience. When I said that to my friend, whom I was with, he said, ‘It’s kind of a happy thing. We’re free.’”

In addition to Auschwitz and Birkenau, the participants also visited the concentration camps at Treblinka and Majdanek. While Treblinka is completely gone with the exception of 72,000 stones—each representing a city that was destroyed by the Holocaust—Majdanek could technically be a completely functional camp within 48 hours. 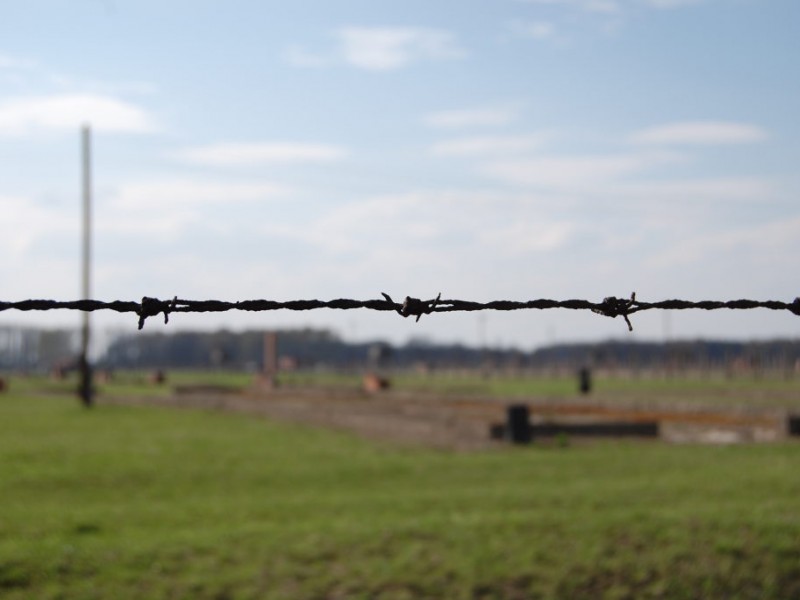 “We got to go in one of the original barracks in Majdanek. Inside, there is a room called the shrine, essentially a memorial. The room is dark for the most part, but in the middle is a row of barbed wire balls with lights and speakers, and out of the speakers is humming sounds and people screaming prayers in different languages,” Hannah said. “And in the center of the room, there is a dome with the ashes of 63,000 people on display. You walk up to it and you’re just like wow.”

This year marks the 25th year of the March of the Living, and the march itself is extremely organized and methodical. All participants are given identical blue jackets, in a sense to unify everyone during the march. Hannah mentioned that at a point during the 1.5-mile journey, she stood at the top of a hill and took in the overwhelming view—a sea of 20,000 blue coats in front of and behind her.

Hannah and her particular delegation were fortunate to have had a first-hand tour guide directing their “march.” Leading their experience was an actual Holocaust survivor named Trudy Album, an 83-year-old woman from the Czech Republic.

“She walked through all of the camps with us; she told us her story in the barracks at Birkenau, the concentration camp that she was in. Trudy was a huge support system, as a lot of us had a really hard time during parts of the trip, myself included,” Hannah said. “It was so amazing that after all she has been through, Trudy still has a firm belief in God and was very spiritual. It was inspiring, and I feel extremely lucky to have had that experience.”

After the emotional and educational trip to Poland, the March of the Living continued for a week of rejoicing and celebration in Israel. There, Hannah got to take part in the festivities for Israel Independence Day. She visited the city’s center of tourism, shopped at local vendor booths and attended concerts in the streets. The group also visited several memorials and services, one specifically for March of the Living participants.

As a personal follow up to the March, Hannah plans to document Trudy’s story, one that she feels is crucial to the history of the Jewish people and Israel. 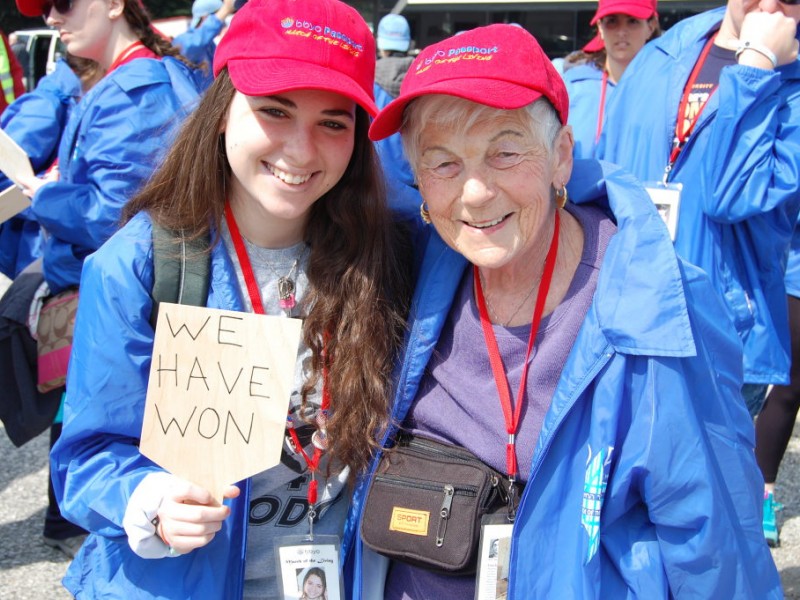 “I recorded Trudy’s entire story that she told during the March. Realistically and sadly, all of the survivors are going to die, so we have to keep their story of the Holocaust going. I want to type her story as told during the march to keep as Trudy’s legacy alive forever. I feel so lucky to have been a part of her story,” Hannah said.

Hannah has a bright future ahead of her. After graduation next spring, she hopes to study biology and history at either the University of California, Berkeley or UCLA. In addition, Hannah, along with 47 other teens from across the U.S., was chosen to participate in an Israel Advocacy internship called Stand With Us. The internship will prepare her to speak up for Israel on college campuses, and teach others of her experiences.

“I’d like to keep traveling. I’d love to live in Israel one day. I have made so many great friends, connections, and experienced so much. I feel very lucky.”