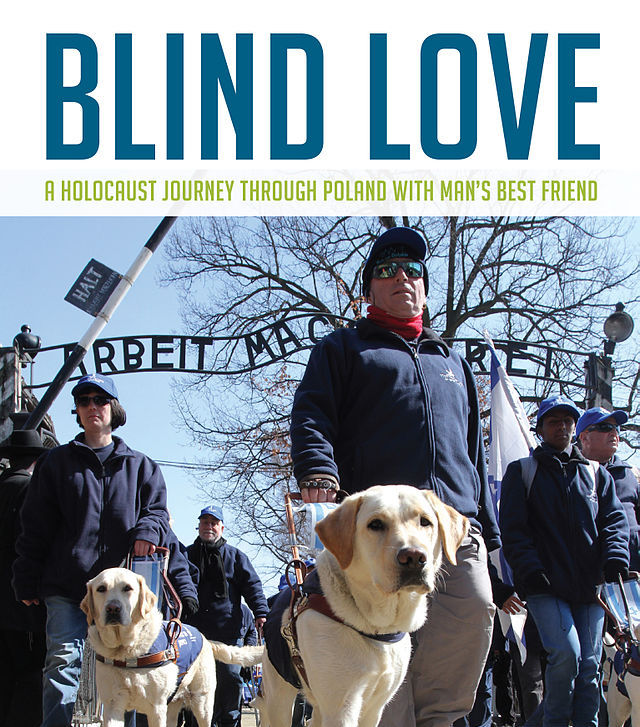 Tune in TONIGHT, December 3, 2020 at 10:00PM EST to i24NewsTV, for a special broadcast of the International March of the Living documentary film, “Blind Love: A Holocaust Journey Through Poland with Man’s Best Friend”, airing on The UN International Day of Persons with Disabilities.

Get one month of i24NewsTV free by registering on the website or by downloading the mobile application.

Blind Love recounts a trip to Poland of six blind Israelis and their guide dogs who took part in the annual March of the Living, where they visited once thriving sites of Jewish life and culture. On Holocaust Remembrance Day, the blind participants and their guide dogs marched from Auschwitz-Birkenau in memory of the victims of Nazi genocide and against prejudice, intolerance and hate.

Click on the video player to watch the “Blind Love” promo last night on i24NewsTV with the film’s producer, Eli Rubenstein, International March of the Living Director of Education.

The Holocaust survivors who appear in the film are Belgian Auschwitz survivor David Shentow, and Polish born Max Glauben, a survivor of the Warsaw Ghetto and Majdanek. Both survivors reflect upon the dramatic contrast in the usage of dogs by those who sought to harm innocent people. and those who employ dogs in the service of others. David Shentow describes his arrival in Auschwitz at 17 years of age, recalling how the man standing next to him was attacked – and killed – by a German Shepherd upon the order of a Nazi guard, for refusing to part with a family photo. Max Glauben shares his impressions about seeing guide dogs on the March of the Living, helping – not attacking – the blind Jewish visitors walking through the former concentration camp.

Commenting on the symbolism of the project, director Eli Rubenstein said “The Nazis didn’t just murder Jews, they murdered people with disabilities. And the Nazis trained German Shepherds to torture and kill prisoners.” Rubenstein is President of the Canadian support group of the Israel Guide Dog Center for the Blind, and Educational Director of the International March of the Living.

During one scene inside the former gas chamber at the Majdanek concentration camp, Liron Artzi, a partially sighted lawyer from Tel Aviv, is overcome with emotion. Her dog Petel responds to her distress by licking the tears from her face. Artzi described it as a “powerful experience” in a later interview, saying “Petel understood what was going on. It was like she was telling me ‘I am here with you in every moment.’” 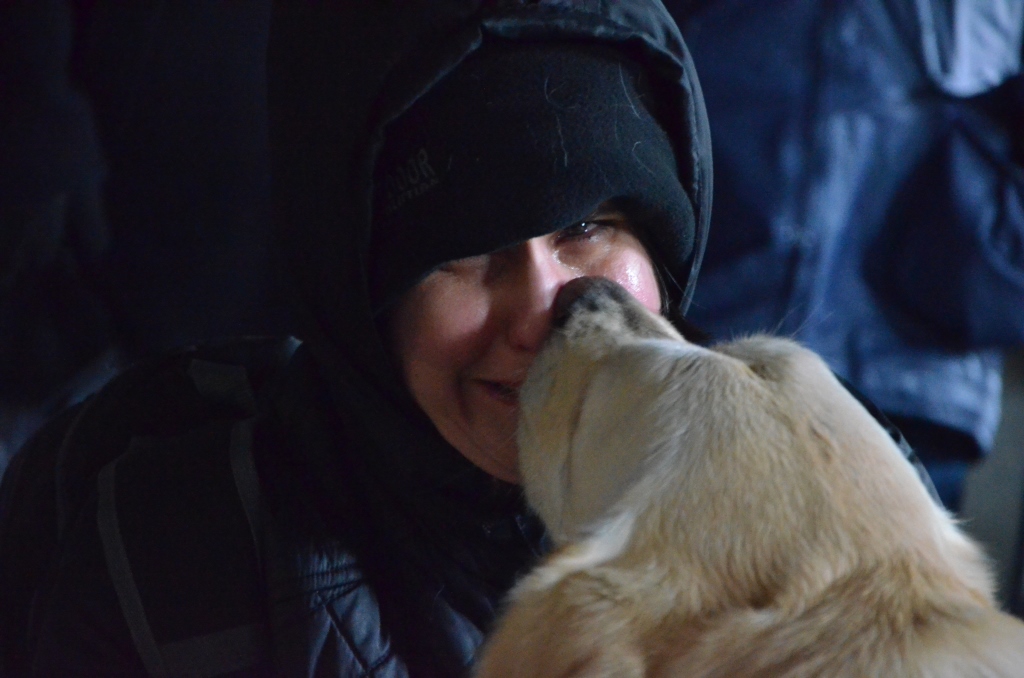 The interaction between Liron and her guide dog Petel in Majdanek, as well as Holocaust survivor Max Glauben’s encounter with guide dogs in Auschwitz-Birkenau – during the March of the Living – appear in Witness: Passing the Torch of Holocaust Memory to New Generations published in late 2015.

Holocaust survivor David Shentow also appears in the film, recalling his first moments in Auschwitz, when the German guards set their dogs upon the prisoner standing next to him, killing him instantly.

“A gentleman standing beside me stopped the SS man very politely: Excuse me sir, I will leave the luggage – can I just take out a picture? The SS man lost his temper and let the dogs loose. They didn’t run, they just flew in the air straight to the men’s neck.And as the man stopped moving, I said: My God this man is dead! And this was the first 10 -15 minutes. I knew I am in Hell.”

Shentow also contrasts the Nazis training of dogs to attack prisoners along with the Nazi genocidal treatment of people with disabilities, with the experience of a group of blind Israelis traveling to Auschwitz on the March of the Living with their guide dogs.

“These dogs were there to kill, these dogs are here for life. ….[Those dog] were trained to jump on people’s necks – then you see a dog like that – like night and day.”

“Following the March of the  Living ceremony in Birkenau on Holocaust Remembrance Day,  I thanked the delegation of blind marchers for joining us on our journey through Poland.

One of the women softly uttered profound words which I carry with me always and which I shall never forget:

“I saw nothing…..but I felt everything”.

Those words, I believe,  symbolize the essence and the impact of the March of the Living.”

Watch tonight on i24NewsTV by registering on the website or by downloading the mobile application.