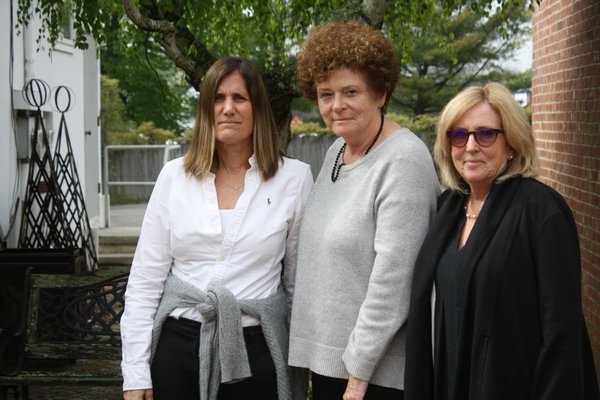 From left, Saundra Dubin, Judge Deborah Kooperstein, and Robin Long in Southampton Village. The three friends visited several concentration camps and other historical sites in Poland on the March of the Living. Credits: CAILIN RILEY

“When you listen to a witness, you become a witness.”

The words of Elie Wiesel were on the mind of Saundra Dubin, Robin Long and Deborah Kooperstein when they traveled to Poland last month with other Long Island residents. They were there to visit several concentration camps and other historic sites in Poland as part of the International March of the Living, an educational program that organizes trips to the camps, led by Holocaust survivors who tell their stories and use them as a lens to examine history, and the intolerance and hatred that led to the murder of six million Jews along with others deemed “undesirable” by the Nazis during World War II.

Ms. Dubin, who is Jewish, is a teacher in the Southampton School District and created a PowerPoint presentation about her trip, which she shared with students upon her return. Being able to share that experience with her students and others was the point of the trip, she said.

“Many survivors are of an advanced age, and soon they will no longer be able to tell their stories,” Ms. Dubin said. “I felt that it is my responsibility as a member of the next generation to share the stories of those murdered in the Holocaust, as well as those who survived. The best way for me to do that was to visit Poland and see the camps firsthand.”

For Ms. Kooperstein, a Southampton Town justice, taking the trip was something she’d wanted to do ever since her father told her that he had been unable to get her grandparents’ cousins out of Poland in 1939. Ms. Long, an attorney in Southampton, said she “went looking for answers that cannot be put into words,” adding that the experience “rocked me to my core.”

The trip included stops at many historically significant sites, but the main feature that gives the program its name is the annual March of the Living, a 3-kilometer silent walk from Auschwitz to Birkenau, the sites of two Nazi death camps, that happens every year on Yom Hashoah, Holocaust Remembrance Day, on April 12. 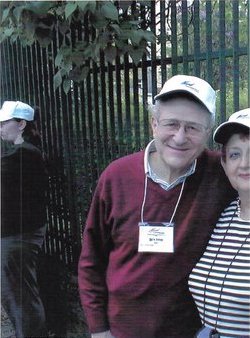 Irving Roth leading a March of the Living trip

The trio from Southampton was part of a 13,000-person delegation this year that represented the Holocaust Memorial and Tolerance Center of Nassau County. The march was led by Irving Roth, a Holocaust survivor.

Mr. Roth, now 88 and a resident of Williston Park, was 14 years old when he was imprisoned in Auschwitz along with his brother, Bondi, in 1944. They had been separated from their parents before being sent to the death camp but survived together, working in the labor camps, subsisting on just one small cup of soup and a piece of bread each day, while witnessing fellow Jews being brutally murdered and sent to gas chambers day after day. In 1944, they watched as their grandparents and the other families members were sent to the gas chambers.

The Roth brothers were on a “death march” to Buchenwald in January 1945, and they survived, even as those around them were shot and killed or died of exhaustion and starvation. Just short of three months before the Americans liberated the camp, Bondi was taken away, and Irving never saw him again. 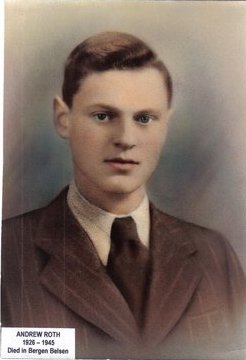 Mr. Roth miraculously reunited with his parents, who had survived because a Christian nurse—working in a hospital where Mr. Roth’s father was being treated after the separation from their children—had decided to hide them in her home, despite the fact that her son-in-law was a Nazi soldier.

For the past 20 years, Mr. Roth has been purposefully and directly confronting that horrific and painful past, leading March of the Living tours in Poland.

“I felt then, as I still feel today, that seeing and walking in the path of millions of Jews who were murdered in the death camps is almost experiencing the emotional pain that cannot be understood or felt by reading about it, seeing videos or hearing lectures,” he said. “The physical experience of standing on the selection platform of Auschwitz next to a cattle car that brought over 1 million human beings who were murdered upon arrival can only be felt by actually stepping on the stones that are the eyewitnesses to the crime committed there.”

Mr. Roth clearly feels a sense of obligation to bear witness to what happened, and the particular way he does that made a strong impression on Ms. Dubin, Ms. Long and Ms. Kooperstein.

“He witnessed unspeakable horrors, and yet he presented the historical facts without preaching or proselytizing,” Ms. Dubin said.

Ms. Dubin, Ms. Kooperstein, and Ms. Long all said they experienced a range of emotions during the trip—pride in their Jewish heritage, profound sadness and anger at the extreme hatred that led to the Holocaust, and a determination to share their experience to ensure that horrible history will not be repeated.

Ms. Kooperstein recounted feeling shock, revulsion and horror, with certain moments driving those emotions home particularly hard—including when they were told that markings on the wall in the gas chamber at Auschwitz were from the fingernails of Jews clawing and struggling to get air as they died.

Another sickening discovery: Hitler had planned to build a museum to showcase the extinct Jewish race, and, to that end, meticulous records were kept at the death camps and ghettos, and several personal items from Jewish people were saved to one day be displayed there.

Ms. Kooperstein said she finally cried when they visited the small concentration camp in Treblinka, where an estimated 800,000 Russian Jews were murdered. The camp had no barracks, they were told, because Jews who were sent there went directly to the gas chambers. Today, there are large stones there bearing the names of the hometowns of those killed.

Judge Kooperstein was moved to tears when she saw the stone labeled Minsk—where her grandfather was from.

For Ms. Dubin, the mix of several strong emotions was palpable as well.

“I was thinking how is it possible that people could act in such a heinous and evil manner, and yet there were so few people that tried to help the Jews,” Ms. Dubin said. “I also felt extremely proud to be a Jew, especially while I listened to numerous stories about how the Jews maintained their humanity and integrity despite their inhumane treatment. I also felt profoundly saddened knowing that anti-semitism still exists in 2018, over 70 years later.”

Acknowledging that hatred and anti-semitism still exists was important for Ms. Dubin to highlight, particularly when she presented to students at Southampton. She began that presentation by displaying a law recently passed in Poland, which calls for fines of up to three years in prison for anyone who accuses the Polish state or people of involvement or responsibility for the Nazi occupation during World War II.

“I explained that the Holocaust and anti-semitism did not happen suddenly or overnight, and showed them examples of anti-semitism throughout centuries,” Ms. Dubin said. “I explained the basis for Hitler’s rise to power, followed by pictures of the ghettos and death camps that we took on our trip. We discussed the resistance presented by the Jews, the courageous acts of those who aided the Jews, and I concluded by explaining that the State of Israel was established not because of the Holocaust, which is often taught, but rather in spite of the Holocaust.

“We returned to the recently enacted Polish law, and I asked the students whether they believed that the Polish government or some people in Poland bear any responsibility for the murder of 6 million Jews, and whether it should be a crime to state this. I wanted to convey to the students that the facts are paramount, and that you cannot and should not try to rewrite history. I also wanted the students to see the results of hatred, so that they will learn to stand up and fight against intolerance.”

Ms. Long, who describes herself as both a Jew and Zionist, said she felt going on the trip was a necessity.

“I needed to see, to touch, to smell, to feel with every sense the camps and the killing fields to be able to accept that those who were murdered there were killed only because they were Jews,” she said. “To accept that the world hated, or at least accepted that 6 million people, of which 1.5 million were children, could be so dehumanized that their annihilation was acceptable.

“The internal conflict is that the acceptance of the Shoah means that I too would have been gassed. That the rule of law, which I am sworn to as an attorney, legalized the slaughter. That doctors who were sworn to ‘do no harm’ were able to perform experiments on children. That decency and humanity could be turned on its head because of the hatred of Jews.”

Conveying all of that was a learning experience for Ms. Dubin’s students, but the trip was also a learning experience for Ms. Dubin, Ms. Kooperstein and Ms. Long, in addition to an emotional journey. They said one of the most shocking discoveries they made on the trip was the fact that the death camps were not in remote or isolated areas, but rather clearly visible—meaning that the horrors that Jewish men, women and children endured in the camps and the mass executions were witnessed every day by people in the surrounding towns and neighborhoods.

Ms. Kooperstein said of all the important and shocking discoveries she made during the trip, perhaps the most important was the impression left upon her by Mr. Roth.

“I learned from listening to Irving Roth that it is vital to have the facts about the Holocaust in order to explain the horror accurately, and sometimes to rebut a point of view that minimizes and revises what took place,” she said.

“And I learned that Irving Roth embodies the highest degree of humanity. He is not consumed with vengeance—he is consumed by telling the story of the Holocaust to people. He said, ‘I was a witness, and when I tell you the story, you become a witness.’

“I have become a witness.”