Award Winning Film “Never Forget: A March of the Living Story” to be Released on Yom Hashoah 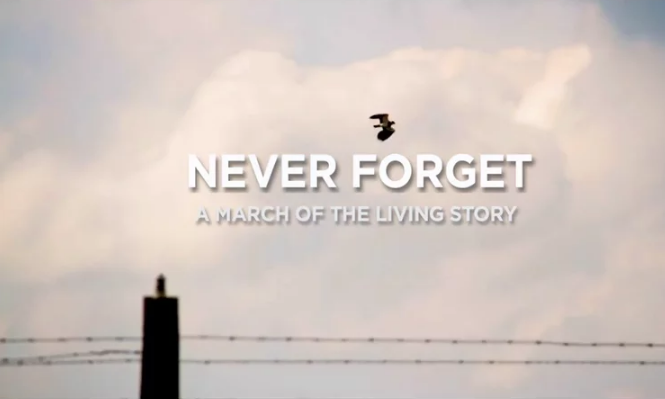 With Yom Hashoah (Holocaust remembrance day) 2016 fast approaching, and world events bringing issues of tolerance and community to the forefront of the consciousness, Producer Anthony Salamon believes the time is right to make this film available to the masses.

“After having participated in the film festival circuit last year and being recognized with various accolades, the time is right, now more than ever, to bring our message of hope, tolerance and peace to the global community”, said Salamon.

Through various online streaming platforms and its own website (www.motlfilm.com) the filmmakers aim to bring their message to the world.

On May 4th 2016, the eve of Yom Hashoah, join Director Adam Dostalek for a Google Hangout where you will be able to ask questions and hear his thoughts on the filmmaking process as well as the issues contained within the film, and receive an exclusive link to see the film before it becomes available to the world.

On May 5th 2016, join us at HERE to where the film will become available for anyone to watch for free, anytime. You will also be able to make donations through the site to help spread the film and its message to people across the globe.

The purpose of the film is very specific and can best be told in the words of its Director.

“The purpose of this film is so that Jews and non-Jews alike, from all around the world can be made aware of the amazing opportunity that is March of the Living. The Holocaust was not just a tragedy to Jews, but to all of mankind.

As a young Jewish Adult, I feel that it’s up to our generation to make sure we don’t forget what happened and where we are now. My goal is to inspire people from all around the world to want to participate in a program that is so important for our History and the Jewish Legacy.”