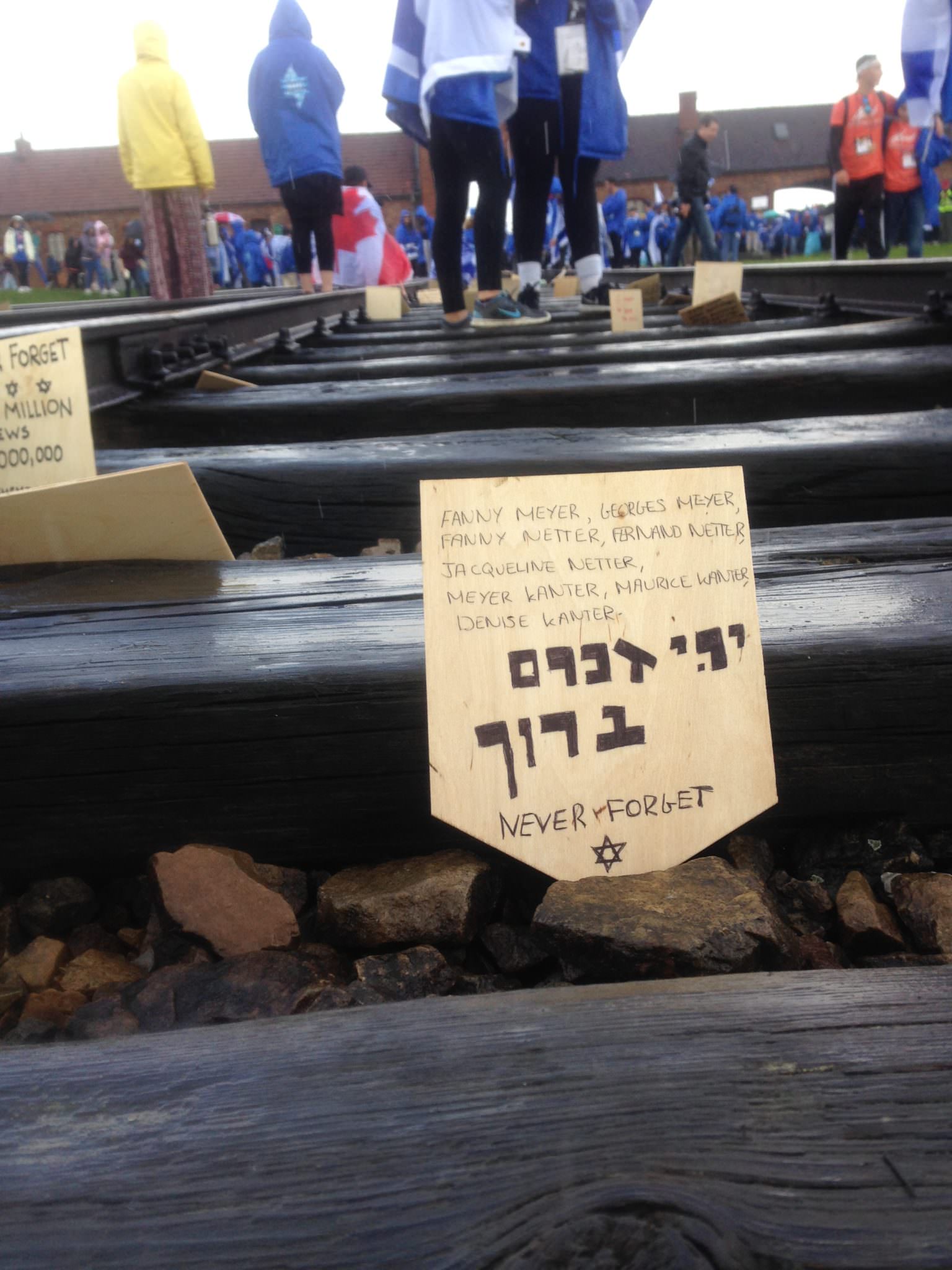 UJS – When you go somewhere people always ask how was it? And words can never express the intensity of what you’ve experienced. This is a trip too important to miss and my words can only carry so far.

I have been on a Poland trip three times, two of which were with March of the Living. I went on March of the Living for the first time as a student; the following year I went as a member of the UJS staff, and I would go again. I have to.

There are many trips that provide you with the opportunity to go to Poland and learn about the horrific atrocities of the Holocaust. It is also possible to go to Poland at any time in your life, so why go now? That’s what was stopping me going as a student- I had essays of however many words to write, I had exams to prepare for and could not afford to put myself through an emotional roller-coaster that I wasn’t sure I would adjust to, because it would be far too tough.

But, what is too tough? Learning the truth? Taking a moment not to ignore it? It is tough- but it is far tougher to ignore, to forget, to listen to people deny, standardise or talk about the Holocaust in a blasé way and when you realise your university doesn’t even have a Holocaust Memorial Day event on campus, it becomes even more disturbing; it also becomes a responsibility that cannot be ignored. I needed the tools to educate my peers, to make a difference on campus and to continue the thriving Jewish life that we had already formed in Canterbury. I needed to go on this trip- a trip with other Jewish students experiencing the same things I was so I would be able to bring this back home, most importantly to campus.

March of the Living takes participants, along with incredibly dedicated and knowledgeable educators and with survivors, on a journey through centuries of Polish Jewry in order to understand life before, during and after the Holocaust. Many other trips focus on the atrocities which took place during the Holocaust; on this trip you go from learning about the thriving Polish Jewish community in the 10th Century to the darkness and depths of Majdanek, Belzec and Auschwitz-Birkenau to then discovering the flourishing Jewish life in Poland today. I can’t describe my experience because it was a whirlwind of WHYS and HOWS and WHYS again that couldn’t be answered. This caused unease within me because I always look for answers. But this wasn’t the purpose of the trip because if we had answers then history would not repeat.

The trip meant that I could be okay with not having answers, but instead, it provided me the tools to focus on leadership and responsibility by educating, remembering and taking action. The trip empowers you. Coming back to campus I organised the first ever Holocaust Memorial Day Event to which 550 students at the university came to hear a survivor’s testimony. This was the largest ever attended event at the university which says a lot. This is why I also returned a year later as a UJS staff member to be there with students participating in this trip to share this journey and to reflect with them on how to not let this slide by.

This is why I chose to get on that plane, and voluntarily travel to the place where millions of others including my relatives ended up against all freedom.

By Natasha Woodstock, March of the Living Alum