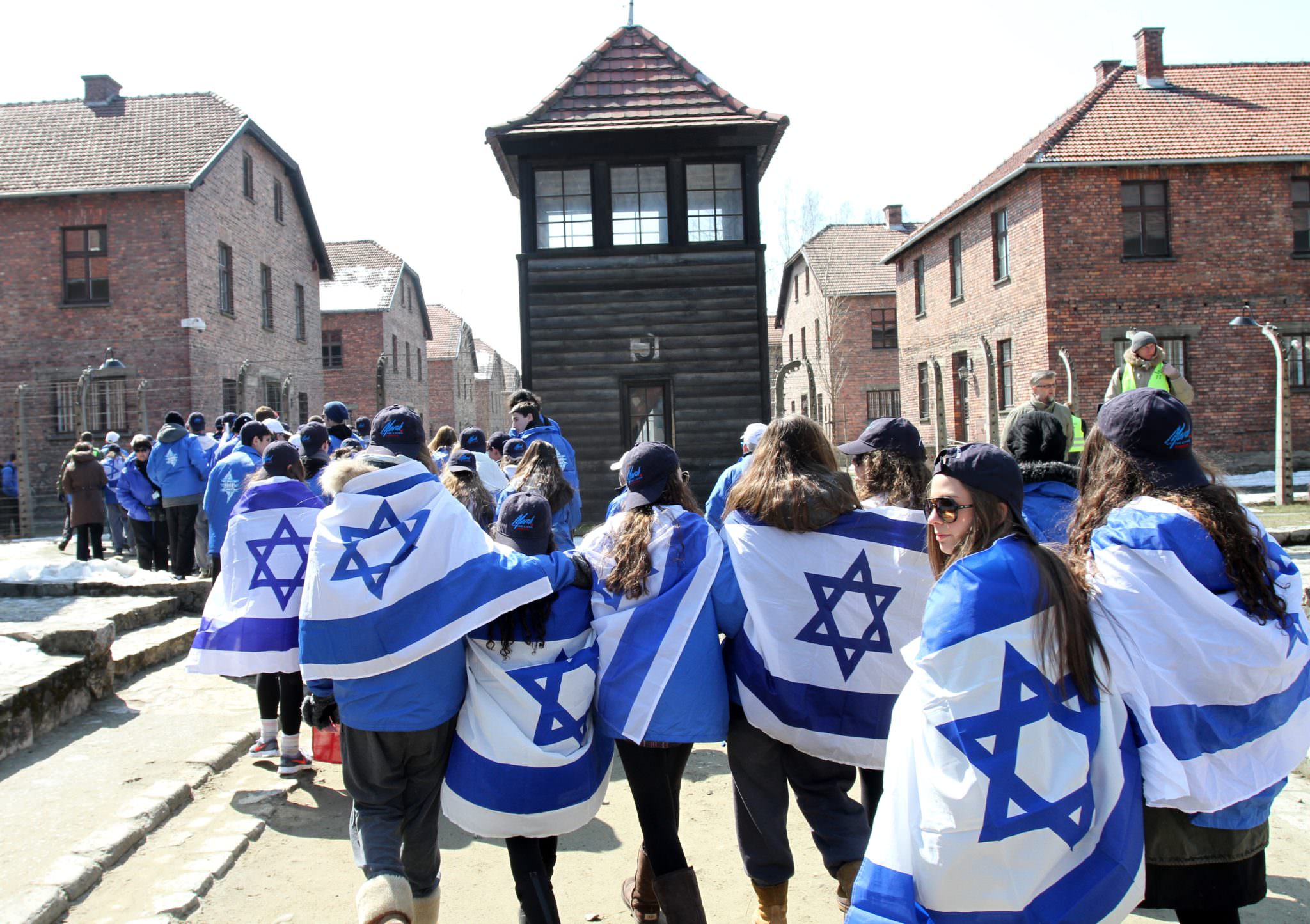 In May of 2016 I was extremely fortunate to participate in the Leo Martin March of the Living. This two-week long trip to Poland and Israel not only inspired this essay, it also altered the way I think about everything! This incredible program, which began on May 2nd and ended on May 15th, 2016, was unlike anything I had ever experienced before. On May 2nd, when I arrived at the airport for this trip, I was still unsure about the journey I was about to undertake. To be completely honest, my parents initially pressured me to go and, ultimately, convinced me to attend. I’m an extremely sensitive person and was concerned about my ability to deal with the intense emotional consequences. I knew that this trip would be filled with many challenges including seeing concentration camps, listening to the personal stories of survivors and attempting to wrap my brain around the greatest horror of the twentieth century.

As we walked through several death camps… Auschwitz, Birkenau, Chelmno, and Majdanek… I saw and realized the power of hate. Each day my eyes opened wider to what the world could really be like when controlled by unprovoked hatred. During our week in Poland, we walked side by side with survivors and heard each one’s personal story of how they fought and struggled to survive. My brain began to process the unimaginable horrors my eyes had just seen. As each survivor shared his or her story, I could feel my ears begin to hurt with the memories of the voices that I had heard during each retelling. Internally, what began as a slight shiver inside grew until my body grew colder. Right in front of my eyes were the remains of the Jewish people that were unable to survive. For first the first time, I realized these lives were the lives of true heroes. The things I was witnessed changed my perspective on life forever. Walking into the camps with the Survivors, we remembered those who never left, who suffered, who lost themselves, and those whose lives were now nothing but dust. These were not just concentration camps… these were graveyards filled with the remains of loved ones, who we pray are eternally at peace. I was awestruck by the hatred that so many had for the millions of innocent lives… and how mass murder became a result of prejudice and hatred..

As the days passed, the stories created a hole of sadness that extended deeper and deeper, until it began to feel as if it had no end. My initial reaction to the sadness was an anger that seemed to grow daily. It became clear to me that my ability to contain my emotions was not going to last. Every day, the cork that kept my emotions contained was under greater pressure that was building up daily. It became tougher and tougher to contain. It wasn’t until the last day when we were visiting Majdenek, the camp left basically intact by fleeing Nazis, when my cork could no longer control the contents of my emotional and mental well-being. While at Majdenek, the program leaders delivered to each student a pre-written letter from our parents. As I stood there around the ash pit filled with ten tons of Jewish ash, I knew that the cork was going to pop. The second I began to tear off the first piece of opened the envelope, I lost it.

With tears streaming increasingly down my face, I began reading the first words of my parents’ beautiful letter that everything hit. What was once a stream of tears now became a waterfall of uncontrollable crying. Suddenly, those growing feelings of anger and sadness began to fade. For the first time, those feelings were replaced with a real sense of unity and pride. As I fought to read through the letter with tears in my eyes, I realized that I will never see the world the same ever again. It started to become clear to me that The March of the Living was the most meaningful and significant trip of my life.