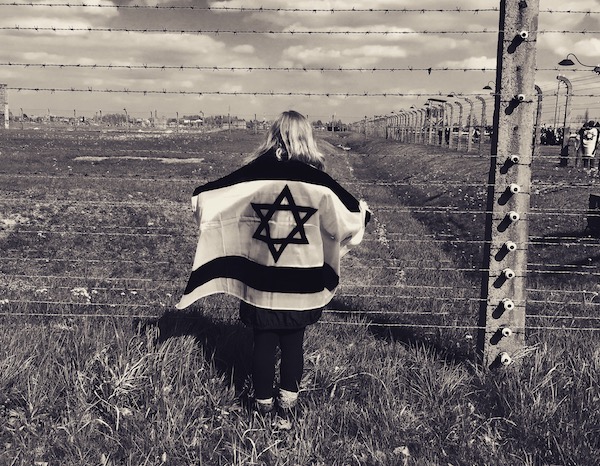 I grew up in a Jewish home, raised with traditions and customs as a significant part of my life. Yet whenever asked about my beliefs I could only tie it back to my upbringing, not to my own spirituality. On my dozens of trips to Israel, I have always envied the people who stand at the Western Wall with tears in their eyes. While I was certainly connected to it, I had the desire to feel the immensity of what they were feeling.

In April this year, I attended a gathering organized by Reconciliation Canada, hosted by Elder Dave Courchene at the Turtle Lodge on Sagkeeng Territory. The event, In the Spirit of Reconciliation, brought together leaders from faith groups and communities across Canada. We reflected on the relationship between spirituality and reconciliation and on our role as leaders in advancing reconciliation in Canada.

To open the gathering, we were led in a pipe ceremony. It was an overwhelming experience in which all senses were brought to life. The scent of the herbs from the smudging ceremony, the sounds of the hauntingly beautiful prayers from the drummers, and the light dancing in the smoke all took me to another place.

Throughout this sacred ceremony, I was filled with memories of my maternal grandmother and the sudden feeling that she was there, watching over me. This was not that surprising, given that she had very much been on my mind. In the weeks leading up to this conference, as I prepared to leave on the March of the Living, I reached out to my mother, her sister and my uncle to gain a better understanding of who my grandmother was. She was a Holocaust Survivor and, even without truly understanding who she was, this part of her history has significantly defined my life and the paths I have taken.

My grandmother, Annemarie, was the only child of Elsa and Paul Klauber, who moved from Czechoslovakia to Vienna, where they lived as a wealthy and assimilated family. Following the annexation of Austria into Nazi Germany in March 1938, my grandmother’s “uncle,” Fritz Grunbaum, was arrested and taken to Dachau. Seeing the writing on the wall, her parents sent her to England on the Kindertransport. Paul died in 1939 because, as a Jew, he was denied his diabetic medicine. In October 1942, Elsa was arrested and sent to Maly Trostenets, an extermination camp, where she was murdered.

My grandmother passed away when I was nine, so my memories of her are sadly limited. In a way, it made complete sense that my visit to Turtle Lodge evoked her spiritual presence. When I think of her, my memories focus on nature – on swimming in the lake, feeding the chipmunks on the cottage porch, and walking in the forest, where she told us stories of the fairies who lived there, how the green moss was their beds, the logs their homes, and the forest the site for all their adventures. 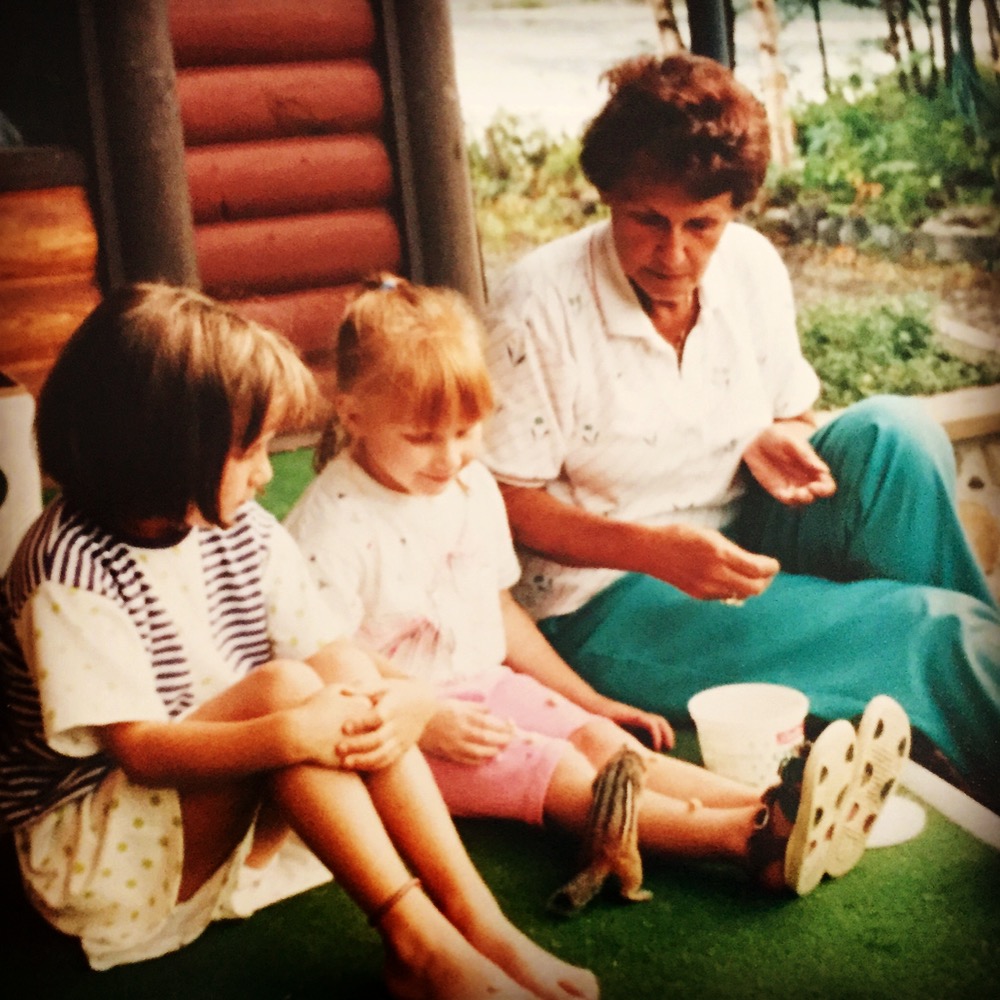 She never talked to her children or grandchildren about the Holocaust, in what we must infer was a desire to erase this painful past, although it left her to wrestle with its demons on her own. In all honesty, I can’t remember when I became aware of our family’s loss during the Holocaust. Following my grandmother’s death, my mom and her siblings found a letter, which my great-grandmother, Elsa, had written two months before she was deported and murdered. This letter expressed desperation, hopelessness and her longing to see her child again. At some point this letter also became one of the most important documents in my life. This was how I came to understand the personal pain caused by the Holocaust and the lasting effects of pure evil.

In their eulogy, my mother and her siblings talked to each of her grandchildren, highlighting my grandmother’s many attributes, noting how they survive in each of us. For me, my grandmother is the source of my powerful instinct for solitude and serenity, something that 21 years later remains one of my defining features. I know my grandmother is entrenched within me in so many ways and that her powerful legacy has driven me to be strong and to speak out against persecution and hatred. It has brought me to where I am today.

On the March of the Living thousands upon thousands from around the world march for the men, women and children who were murdered simply because they were Jewish, and for those who miraculously survived. We march as a commitment to make sure their stories continue to be shared, to be a voice against injustice and hatred, and to know that when there are no more survivors we are the torchbearers into the future. The sea of people wearing the blue March of the Living jackets as you walk the three kilometers between Auschwitz and Birkenau is daunting.

As we reached Birkenau, I stopped for a quiet moment to myself along the train tracks, where thousands upon thousands of people were brought to their death.  As I was standing there I heard someone yell my name, and turned around to find my friend Michelle there with her grandmother Anita, a Holocaust survivor. I grabbed Anita’s other hand as we walked through the gates – which so many didn’t come out of. As we walked, my right hand in Anita’s, my left empty as if someone else should be there, I suddenly felt the sun beaming down on me and knew my grandmother was completing this journey with me. A journey she herself would have never been willing to make in her lifetime. 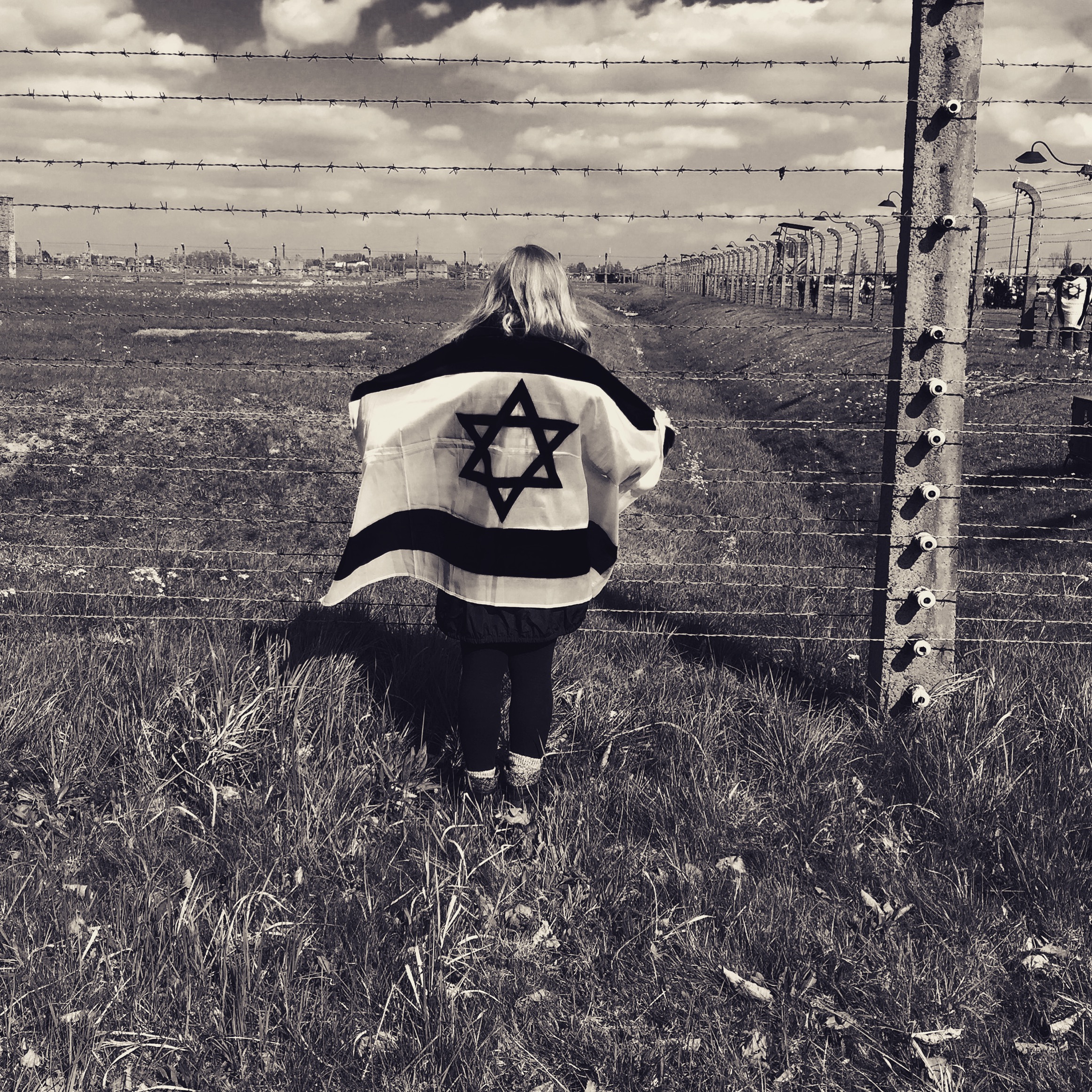 In her dedication for her thesis, my brilliant cousin, Sasha, wrote: “for my grandmother, Annemarie Klauber Wittes, who only ever wanted to forget.” My grandmother’s desire to forget inspired each of us to be torchbearers into the future, carrying with us the importance of memory and, in our own way, demonstrating the impact her story continues to have on our lives. When I embarked on the March of the Living, I carried with me my grandmother and all of my family who were murdered, on this significant journey. I carried not only her pain and loss, her trauma and sorrow, but also her happy moments, our legacy, her abiding love, some newfound faith and, of course, the fairies.