A symbol for an entire generation of heroes 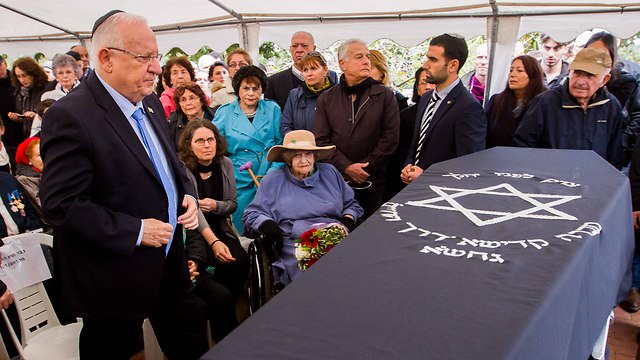 President Rivlin says goodbye to the last survivor from Treblinka, Samuel Willenberg; ‘The story of his life is the eternal story of the Jewish people,’ the president eulogizes.

I stand here today awestruck. Before your freshly dug grave, Samuel. Before your courage and spirit. In the face of such heroism, and Jewish courage. I stand here as President of the State of Israel, beside the grave of the last witness of Treblinka, and before me are -together with you – 850,000 Jews.

Children, women and men. More than 850,000 Jews were murdered at Treblinka death camp during the course of 13 months. Jews were executed by shooting, suffocated in gas chambers, and killed in a variety of horrific ways. Only 67 people survived Treblinka. You were among them, the last witness. Those who arrived at Treblinka did not survive more than a few hours. You were there from October 1942 until August 1943, till you escaped toward the forests, during the uprising. 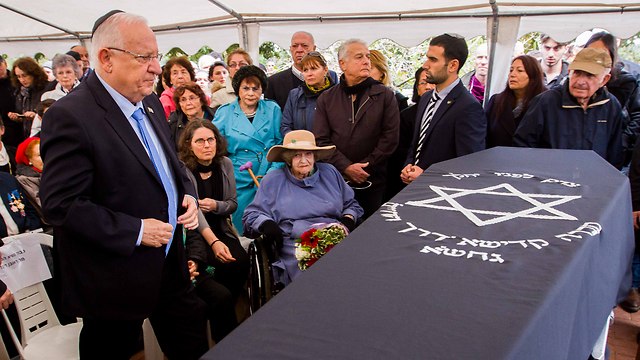 Just over a year ago I met Samuel for the last time. On Polish soil. We travelled to Poland for the inauguration ceremony of the Jewish Museum in Warsaw. Samuel described courageously and with boundless compassion what had happened to him. With a trembling voice he spoke about the day he arrived at the death camp. He spoke about the man who whispered in his ear telling him to say ‘constructor’, ‘Maurer’, and thus probably saved his life. The entire transport which arrived with Samuel to Treblinka – 6,000 people – were sent to the gas chambers. None survived. He told me about his two sisters who were murdered. Seventy years have passed since then, but Samuel still cried when he talked about his sister, aged six, whom he left and to whom he could never return – when he spoke of finding her coat that their mother had sewed, among the belongings of Jews sent to their deaths at Treblinka. He never stopped missing them. There, on Polish soil he said, “I’m not a hero of Israel. Israel has other heroes”. 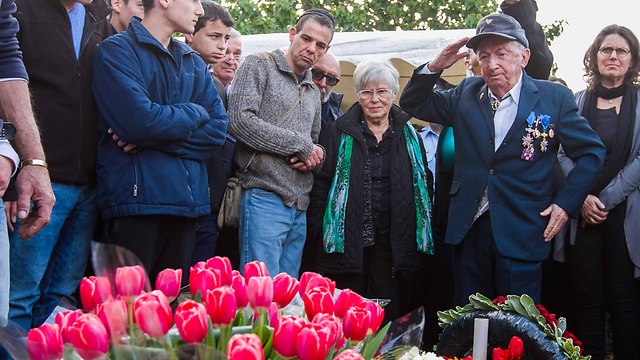 Samuel, I came here today to tell you – you are a hero. And what a hero, Samuel. You are a symbol of heroism. A symbol for an entire generation of Holocaust Survivors. Heroes. Strong and courageous people. Invincible. Optimistic. Who survived the destruction and could grow once again. Who experienced the horror and choose life. 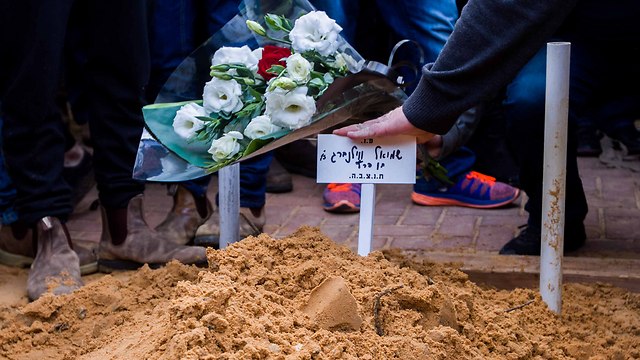 The life story of Samuel Willenberg is the eternal story of the Jewish people. It is a story of hope and faith, of the destruction and rebirth, of strength and pride. Samuel moved to Israel. He built a family. He worked. He created. His book, ‘Revolt in Treblinka’, was translated into eight languages. Films have been made about him. He devoted his life to preserving the memory of the Holocaust. 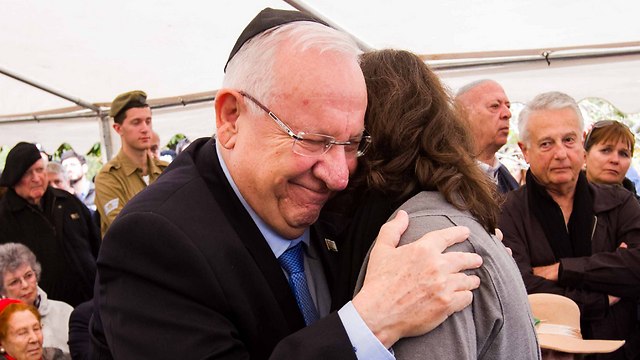 Rivlin at Samuel Willenberg’s funeral (Photo: Ido Erez)
Dozens of times he travelled with young groups to Poland to tell them about the atrocity. He dreamed of building a memorial at Treblinka. There remained only stones in place. He dedicated his works of art to the memory of the Holocaust. One of his sculptures is located at the President’s Residence. Every time I walk past that statue I remembered what Samuel told me. “I will not live forever. But my sculptures, will speak for me.” And now they will speak in his place. Every month, a thousand survivors pass away. The number of first-hand witnesses is dwindling. Time is running out. We must do everything possible to help the survivors live out the rest of their lives with dignity. This is our duty. It is a moral imperative for the victims, for the survivors. For ourselves, and in order to fulfil the will of Samuel, we must remember and never forget. May his memory be blessed.