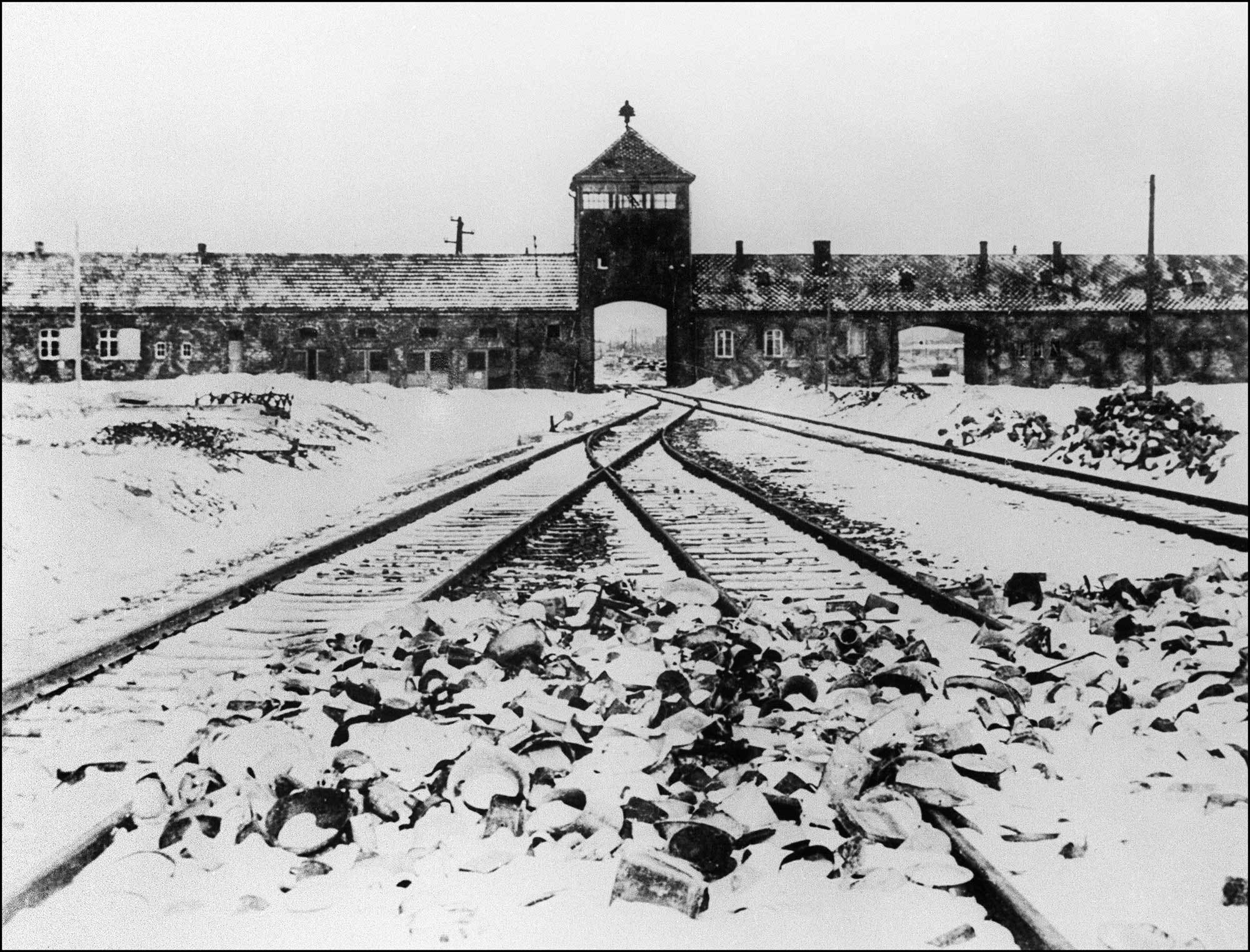 The March of the Living is an extraordinary, unforgettable experience. With thousands of Jewish people, from countries all around the world, you will share in a once in a lifetime experience when they march three kilometers from Auschwitz to Birkenau, the largest concentration camp complex built by the Nazis during World War II. The March commemorates Yom Hashoah, Holocaust Remembrance Day. You with be there – along with over 8,000 participants who will be part of this historic event.

As one of the Marchers, you will retrace the steps of the March of Death, the actual route which countless numbers of our people were forced to take on their way to the gas chambers at Birkenau. You will experience Jewish history where it was made. This time, however, there will be a difference. It will be a March of the Living with thousands of Jewish youth, like yourself, marching shoulder to shoulder. You will take part in a memorial service at one of the gas chambers/crematoria, in Birkenau, which will close with the singing of Hatikvah, reaffirming Am Yisrael Chai – The Jewish People Live.

Kaddish is a Jewish Prayer to Remember the Dead and normally said by Men. In the absence of a Male Member of the Family ( there are only your brother Jonathan and I left) when you place the Three Jerusalem Stones with the Names of Three Branches of your Family that were Murdered in the Holocaust say Kaddish out Loud . Say Kaddish for the Drues of Kraków and your Great Aunt Hadasaeah that died in Belzec extermination camp and all the other Drues cousins of Kraków that died in Belzec,Treblinska and Auschwitz .Over 280 Drues s of Kraków relations died. There are no known survivors.. Say Kaddish for the Drues of Majzugola near Vilna who died in the Vaivara and Auschwitz Camp if they were not murdered first in the Forest of Paneriai .There are no known survivors . Say Kaddish for the Shabelshok/Fialkov Families of Riga who were murdered between 30th November and 8th December in the Rumbula Forest near Riga with 25,000 thousand other Jews from Latvia. Say Kaddish for the sisters and brothers of your Great Grandmother Freda Shabelstok Baker who died in the Forrest of Rumbula . Say Kaddish for Sarah , Robert, Michael, David , Gregor , Rachel , Lazer, Leah and Fredrich , Freda and Rosa Shabelstok’s older sisters and brothers and all their children and even grandchildren Not one survived. Over 350 members of the Shabelstok / Fialkov Families died in the misty Forest of Rumbula with other Latvian Jews mainly from Riga and surrounding areas. Say Kaddish for all the Shabelstok/Fialkov/Drues cousins and relations …there must have been hundreds and hundreds, , if not thousands and thousands, in the extended Shabelstok / Fialkov families .Four Shabeltok Siblings married four Fialkov Siblings. None are no known survivors.

Those that Survived The Holocaust but did not experience it first hand:-

Shabelskok: Freda and her younger Rosa . Freda was in Uitenhague ,South Africa married to Chaim Baker and Rosa, her younger sister in Norway taken there by the Danish Resistance with most of the Danish Jews.Theywere the youngest of 11 siblings . All the siblings were married with kids .all the siblings and their families were murdered in the Forest of Rumbuka

Fialkov: Twin Brothers Manny ( Mordechai) and Jay ( Josef) in Cape Town,South Africa . They were the youngest of 10 siblings . None of their siblings or their families survived the Holocaust..

Drues: Samuel ( your great grandfather) and Naomi in Cape Town, South Africa and William in Chicago, USA survived the Holocaust.. The children of Hadaseah who died in Belzec, joined Shomer Hazair,immigrated to Israel in 1932 and survived in Israel . They were Freda and Hashya who married the Kurman Brothers , Max , who was wounded twice in Palmach operations and Chaim who was a teacher for 43 years before retiring.

Mourn and then Celebrate the Shabelstok/ Fialkov / Drues Survival when you March from Birkenau to Auschwitz… you are their Symbol of Survival .

Love You To Bits

On the Origin of our surname

Fay Baker Drus was the daughter of Freda Shabelstol Baker and Hymie ( Chaim Baker) one of the 3 founders of Betar in South Africa in 1931 and Jabotinskyt stayed at him when he visited the Eastern Cape, South Africa in the same year.

Morrie ( Morris ) Drus is the son of Samuel Drues and Sarah Kaplan Drues. . They were married in Poland and then in 1921 immigrated to Cape Town , South Africa. Drues became Drus. Sarah Kaplan Drus founded the Socialist Poalei Zion and the (Dor)Habonim Youth Movement in South Africa in 1933 which today is the huge Bnoth Zion Organisation.

Surprisingly Sarah and Haim always got along united in their belief in Zionism and they worked endlessly to great and support the establishment of a Jewish State in the British Mandate of Palestine. Both listened to the the UN vote on 23rd November 1947 from separate wireless full of static,joy and plenty of tears united in Zionism , Jabotisky’s Betar and Herut Movement and Ben Gurion’s Histadrut, Jewish Agency and Labour Movement. Chaim and Freda Shabelstock Baker in Uitenhague in the Eastern Cape , South Africa with their children Fay Baker Drus and Sydney Baker and their family and freinds and comrades in Betar , Herut and the future Machal contingent of volunteers from South Africa who later fought and some died in the Israeli War of Independence and in Cape Town Sarah Kaplan Drus with her husband Samuel Drus and children Ethel Drus and Morrie ( Morris) Drus under the red banner of Socialism but no longer communism after Stalin’s infamous agreement with Hitler that became known as the Molotov-Ribbentrop Pactsigned on 23rd august ,1939. Our family’s last Polish remnants ( Krakow) embraced in Zionism our familiy’s last Latvian remnant ( Riga) crying with joy and fear of the Arab threat of invasion and the annihilation of the Jews of Palestine . They were at that moment in time just two future machatosim ( family by marriage) working and praying with their last remnant belief in God for the survival of the Jewish Nation . 9 Betar comrades in arms left immediately to join the Machal Contingent to fight in Israel’s War of Indeendence. 3 died herotically carrying a Gift Bible from Chaim Baker and the Betar Movement in South Africa,

Betar
From the pit of decay and dust
With blood and sweat
Shall arise a race
Proud generous and cruel
Captured Betar, Yodefet, Masada
Shall arise again In all their strength and glory

To die or conquer the hill
Yodefet, Masada, Betar”