A Journey of Independence 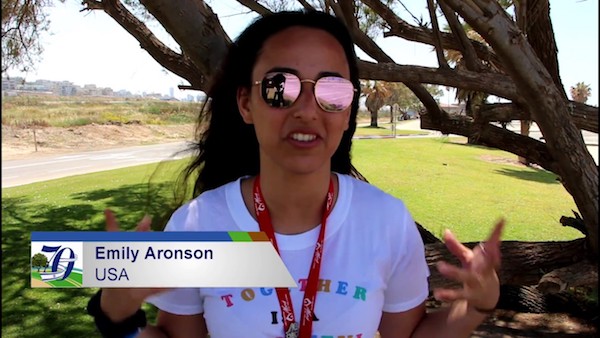 After a tough, emotional trip to Poland that included the March of the Living at Auschwitz, thousands of young people from all over the world arrived in Israel to celebrate Independence Day. They connected to Israel’s landscapes by cycling and taking part in green, environmentally-aware hikes all over the country. “We feel, more than ever before, that we belong to the Jewish people and are part of the State of Israel,” they said.

Thousands of young people from all over the world, participants in the March of the Living in Poland, came to Israel to celebrate its seventieth Independence Day. They toured KKL-JNF forests, went bike riding out in nature, attended musical performances, and participated in a mass march to the Western Wall. Hundreds of them participated in a green, eco-friendly bicycle trek on KKL-JNF routes that was organized by the Overseas Department of KKL-JNF’s Education Division. Among the places where they rode were the Ben Shemen Forest in central Israel, Yarkon Park in Tel Aviv, and the Hula Lake in the north.

“The trip in Poland was tough and emotional, and the tour in Israel was really fun,” said Chelsea Dawidowicz, 17, of Brussels. “When we get on a bike in Israel’s landscapes, we feel much more connected to the country. Now we are all excited to celebrate Independence Day here.”

“The cooperation with the March of the Living organization gives expression to the link between the memory of the Holocaust and rebirth,” said Hani Desa, Director of the Overseas Department in KKL-JNF’s Education Division. “The experience that KKL-JNF provides connects the young generation to love of the country and to the power of the Jewish people in its rebirth.”