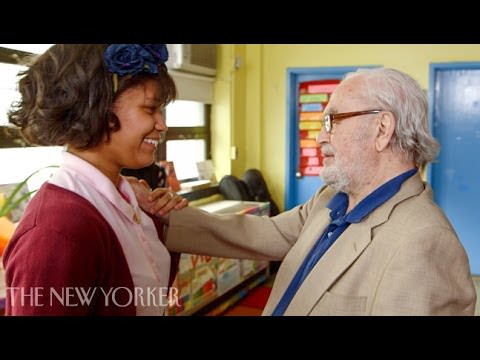 I n the spring of 2014, the filmmaker Kahane Cooperman was driving to work, listening to WQXR, the classical-music station, when she heard a promotion for a donation drive: the station was collecting used instruments to be given to schoolchildren. The promo mentioned one violin in particular that had been donated by a ninety-one-year-old Holocaust survivor. “There weren’t any more details than that,” Cooperman, a documentarian who also worked for more than a decade as a producer for “The Daily Show” and was the showrunner for the first season of Amazon’s “The New Yorker Presents,” told me. “But my curiosity was piqued immediately.” She set out to find out more about this old man and his violin.

The man, she discovered, was Joseph Feingold, who had made his donation after hearing a similar segment on WQXR. A retired architect who was born in Warsaw, he moved to the United States in 1948 after spending six and a half years in a labor camp in Siberia. He was later reunited with his father and one of his brothers; his mother and his youngest brother were both killed at Treblinka. Joseph bought the violin in a displaced-person’s camp, in exchange for a carton of American cigarettes, while he was waiting to be moved to America. He said that in that moment, after years of extreme hardship, as he walked around the streets of the camp, playing the violin, “I finally lived as normally as could be.”

Cooperman’s short documentary “Joe’s Violin,” which premièred at the Tribeca Film Festival, recounts Feingold’s story and also follows his instrument into the hands of a twelve-year-old girl named Brianna, the daughter of Dominican immigrants, who goes to school in the Bronx, in the poorest congressional district in the U.S. The film examines how a beloved object can come to carry meaning, memory, and love by showing how this particular violin brings together two people who are from very different walks of life but who find a similar comfort and “light,” as Brianna puts in, in music.

“I really don’t identify this film as either a Holocaust film or a film about a city kid in the pure sense of those genres,” Cooperman said. Instead, the power of “Joe’s Violin” comes from the convergence of those two stories. The first meeting between Feingold and Brianna is a little tense, a little awkward, but both the old man, whose hands can no longer play the violin, and the adolescent girl, who wears flowers in her hair, seem to be brimming with a bittersweet kind of joy that they can’t quite express.

The two have continued to keep in touch through letters, Cooperman said. Joe is now ninety-three and still listens to classical music on the radio every day. Brianna is fourteen and used Joe’s violin to audition for entry to performing-arts high schools; she got into her first-choice school.