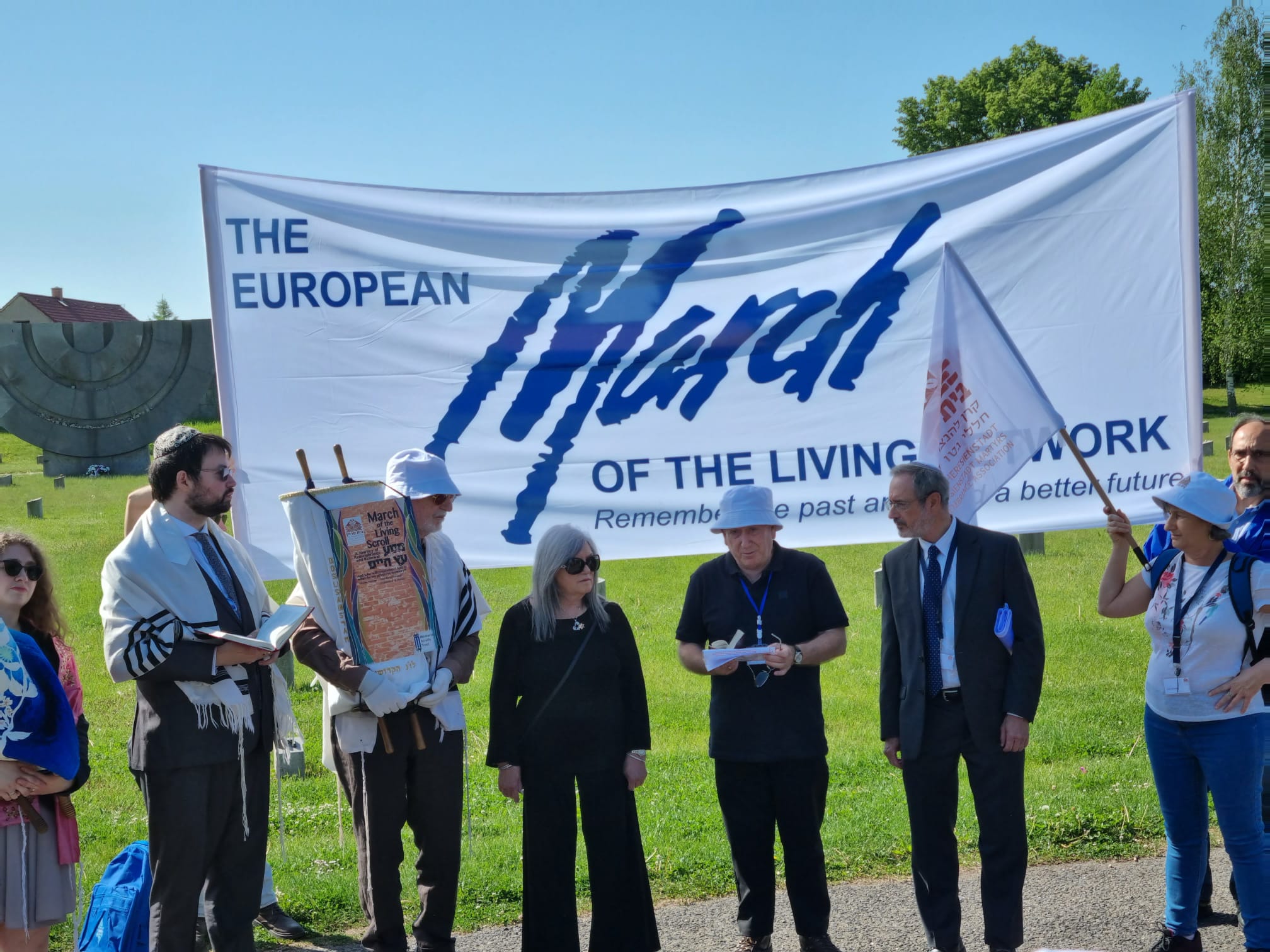 The Beit Theresienstadt Museum embarks on a special journey to one Torah Scroll that survived the Holocaust in Czechoslovakia and was brought to Britain for safekeeping six decades ago. It will now return to the Theresienstadt Ghetto in the Czech Republic for a special march on 15 May 2022, marking 77 years to the Ghetto’s liberation. From there, in a festive ceremony on 20 May, it will be brought to Israel and installed at the Beit Theresienstadt Museum in Kibbutz Givat Haim, where it will become part of the museum’s educational program for Bar/Bat Mitzvah children.

The Torah Scroll arriving in Israel is one of 1,564 Czech Torah Scrolls collected in Prague during World War II. Under the Communist regime, the scrolls and other religious artifacts that belonged to the Jewish communities of Czechoslovakia were kept in a decaying synagogue under awful conditions, until they were rescued by a British philanthropist in 1964 and brought to London. Some of the scrolls were restored, repaired and reinstated to serve Jewish communities around the world.

As part of the journey to bring the Torah Scroll to Israel, Beit Theresienstadt, along with Memorial Scroll Trust, the International March of the Living, B’nai B’rith International and the Terezin Memorial site conducted the “Tree of Life” March. The march began at the Bohusovice train station and ended in Terezin, tracking the route marched by the Jews sent to the Theresienstadt Ghetto.

A moving ceremony took place in Terezin with Ghetto survivors from Israel: Dita Kraus, who was deported from the Ghetto to the Children’s Block in the “Family Camp” at Auschwitz as a young woman and Hana Sternlicht, who lost her parents in Auschwitz and survived on her own at the harsh labor camps of Freiberg and Mauthausen. Dita Kraus and Hannah Sternlicht recently published books in which they describe their experiences at the camp.

Hannah: “I often ask myself how I managed to survive. I am sure it has a great deal to do with my upbringing, although all that ended when I was 12. At first, I did not share what I had gone through, but when I saw my daughter take an interest and look for literature about the Holocaust, I realized that I must tell my story and pass it on. Despite the difficulty of revealing it all, I consider it a calling and obligation. I promised myself that, so long as I can, I will continue to do so.”

Dita: “I never look back to the past. I always look forward, think of what will happen tonight, tomorrow, next month. I look to tomorrow, to the future. If I do look back into the future, I prefer to remember the days before the war.” 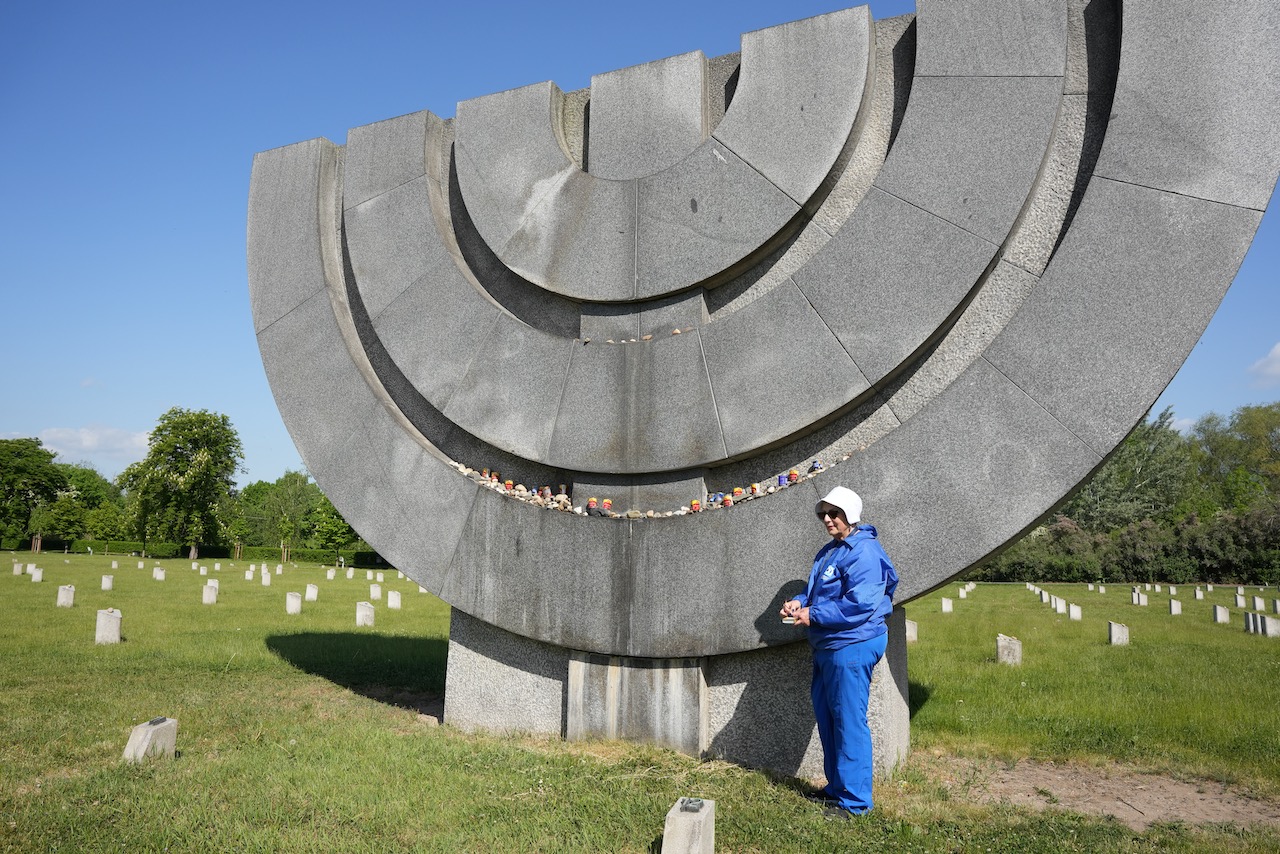 The survivors were joined by Presidents of the Jewish Federations in Bohemia and Moravia, Petr Papousek, Tomas Kraus – Director of the Federation of Jewish Communities in the Czech Republic and President of B’nai B’rith Prague Lodge, Phyllis Heideman – President of the International March of the Living, Alan Schneider – Director of B’nai B’rith World Center in Jerusalem, Czech rabbis and youths from Israel and the Czech Republic.

Tami Kinberg, Beit Theresienstadt Director: “Taking the Torah Scroll from Britain back to the Czech Republic and from there to Israel embodies a significant educational journey that links us to the wonderful history of European Jewry. The salvaged Torah Scrolls are not just a symbol of victory for the Jewish spirit but also of Jewish revival. We are excited to receive the Torah Scroll in Beit Theresienstadt and to harness it to link Bar/Bat Mitzvah children to the generations of their nation”. 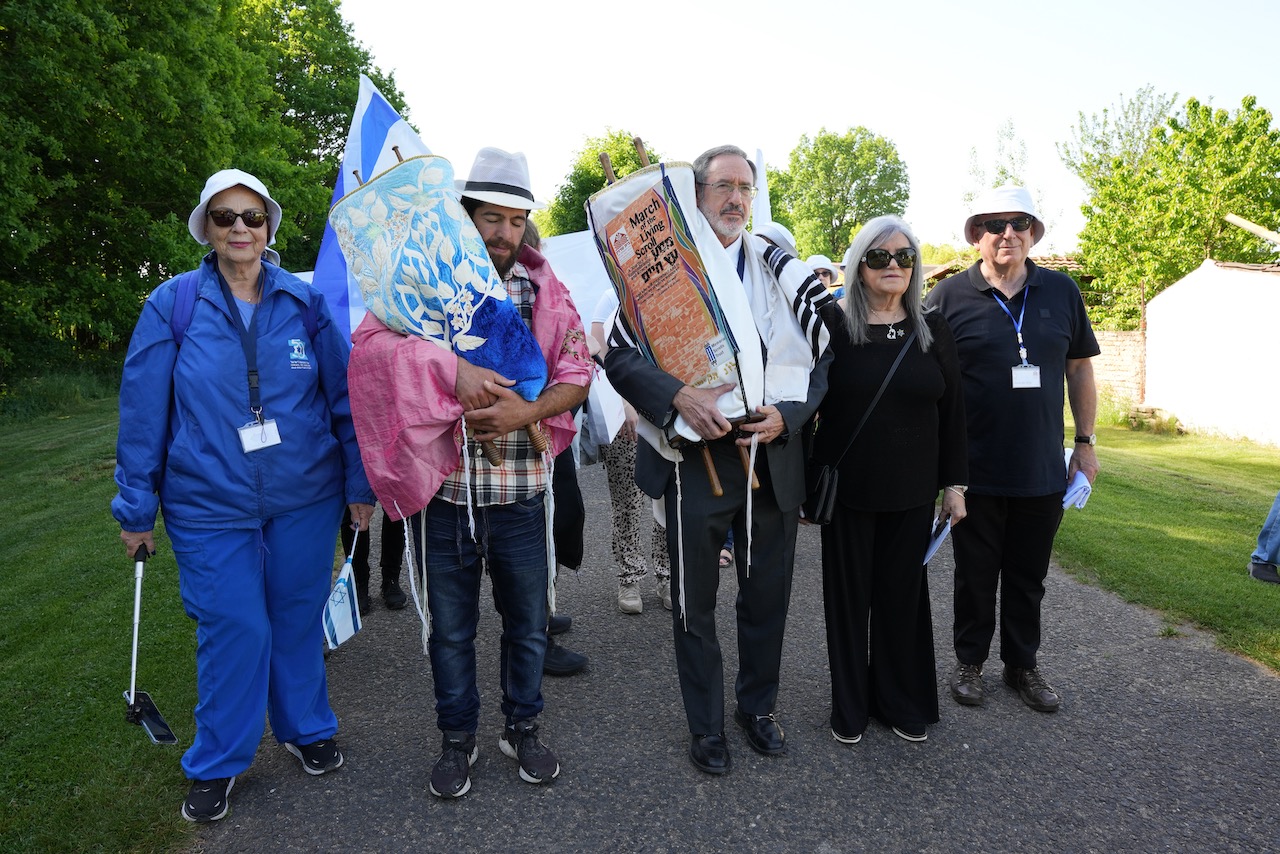 Phyllis Heideman, International March of the Living President: “The March of the Living marches wherever Jews lived, survived, and were murdered during the Holocaust, to ensure that the memory is not forgotten. Now, perhaps more than ever before in our lifetime, we must do all within our power to keep Holocaust memory alive. The rescue, preservation, and restoration of over 1500 Torah Scrolls from Prague alone is true testament to the spirit of the Jewish People under all circumstances”.

Alan Schneider – Director of B’nai B’rith World Center in Jerusalem: “International B’nai B’rith is honored to participate in this sacred initiative of redeeming a Torah Scroll from the depths of the ruined Jewish communities of Czechoslovakia. This is one of many efforts that the organization initiated or took part in since the Holocaust ended. B’nai B’rith was active in Europe through hundreds of bureaus, beginning in Germany in 1882 and until the wonderful community was destroyed in the Holocaust and which is only partially restored today. Many members of the organization perished in the Holocaust. Until the Nazi forces repealed B’nai B’rith’s status as an independent organization and seized its assets in 1938, it operated 16 bureaus, including one in Olomouc, the origin of the Torah Scroll to be brought to Beit Theresienstadt. We are therefore especially excited to participate in this event that reflects victory over the Nazis who intended to destroy, not only the people of Israel, but also to obscure its Torah, beliefs and culture.”