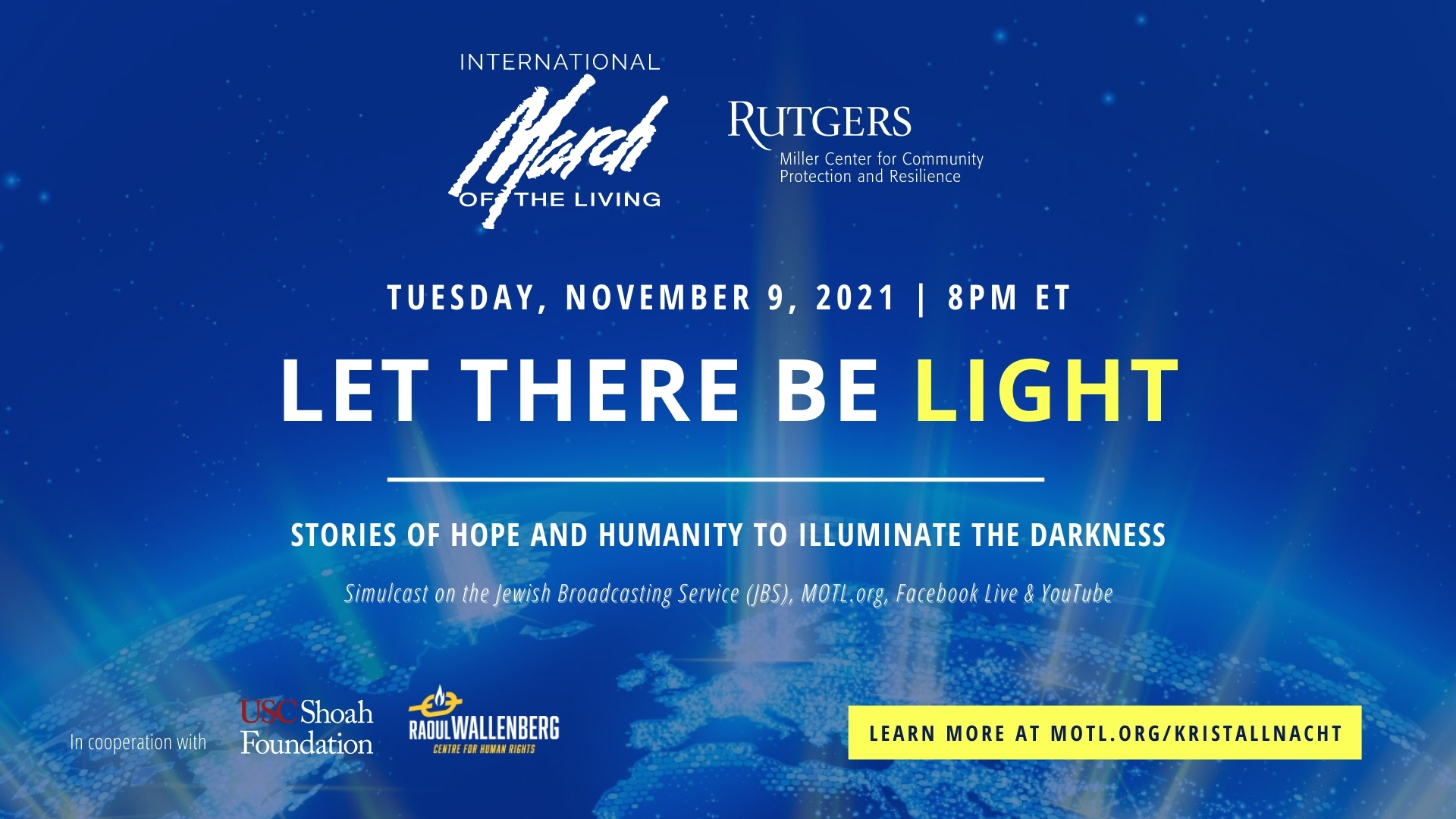 LET THERE BE LIGHT: Stories of Hope and Humanity to Illuminate the Darkness

83 years ago, beginning on November 9th, 1938 – The Night of Broken Glass, over 7000 Jewish owned stores and synagogues were ransacked – their glass shattered all over the streets of Germany and Austria, and scores of Jews were murdered, and over 30,000 Jews were sent to concentration camps.

During the most challenging of times, when evil and hatred seem to reign supreme, there have always been those whose light shines through the darkness, through their inspiring acts of courage and bravery. As we commemorate the events of Kristallnacht 1938, we honor the moral heroism and valor of those who resisted evil during the Holocaust and at other times of great mortal peril and danger to humanity.

Through our program, Let There Be Light, which features stories of humanity at its best during the darkest of times, we hope to inspire others to act courageously and bravely in the face of evil and injustice.

In cooperation with USC Shoah Foundation and the Raoul Wallenberg Centre for Human Rights.

“Let There Be Light” is an ongoing project of the International March of the Living.

The Holocaust is not just a Jewish issue it is a universal issue. We must learn from the past, so that a more tolerant and just society will evolve for the betterment of all humankind. 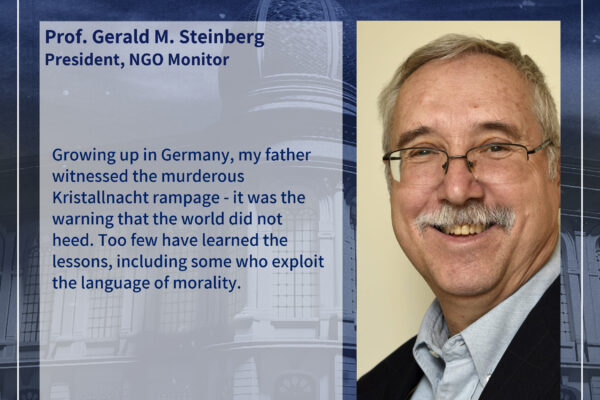