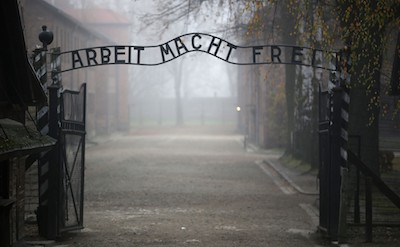 The International March of the Living, a leading Holocaust education program which brings people of all ages from communities around the world to Poland to learn the lessons of history, deeply regrets the passage today by the Polish government of a new bill regulating Holocaust speech.

Historical veracity, academic freedom and a commitment to the memory of all those who perished mandate continued and open Holocaust education. It is imperative that the truth be examined and preserved in open dialogue without restraint. It is essential the Polish government record history accurately. It is equally essential that the Polish government allow historians to discuss and record history accurately as well.

“The International March of the Living stands strong in its vigilant commitment to teaching the truthful lessons of the Holocaust and toward that goal,” said International March of the Living President, Phyllis Greenberg Heideman. “We hope the Polish Government will preserve the right of hate-free examination and expression in an open and honest environment for the sake of the integrity of historical accuracy.”

We ask the President of Poland, Andrzej Duda, consider the serious repercussions of this legislation and refrain from signing this bill into law as a matter of conscience. We encourage him to continue meaningful dialogue with the State of Israel and with representatives of world Jewish leadership.