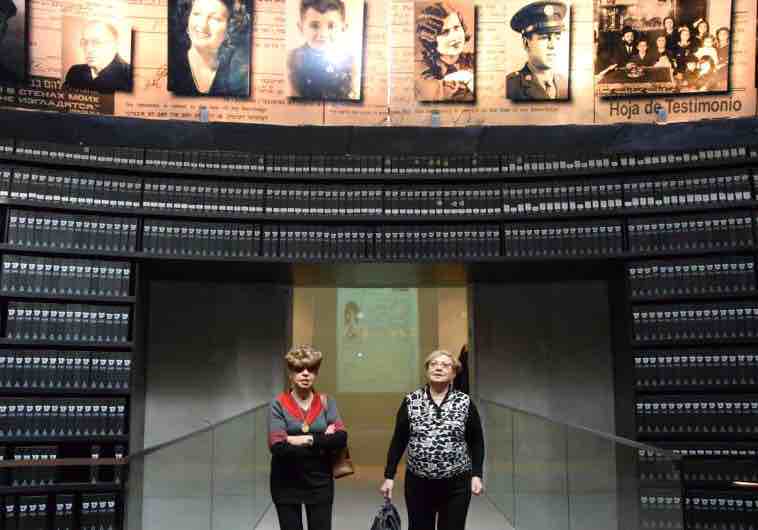 Second-generation Holocaust survivors met their relatives in Jerusalem for the first time on Tuesday, having discovered they still had surviving family thanks to Yad Vashem.

Siblings Fania Bilkai and Gennadi Band thought their entire extended family had been murdered in the Holocaust until earlier this year, when Fania found a page of testimony about her father, Nisan, at Yad Vashem’s Central Database of Holocaust Victims’ Names. The page had been completed by Symcha Bornstein, who wrote that he was Nisans’s brother-in-law.

Intrigued, Fania and her son visited Yad Vashem to find out more. Scanning the Pages of Testimony as well as the International Tracing Service database, Sima Velkovich of Yad Vashem’s Reference and Information Services Department discovered that Nisan’s sister Jenta Borenstein (née Band) had also been in the Soviet Union during the war and survived. 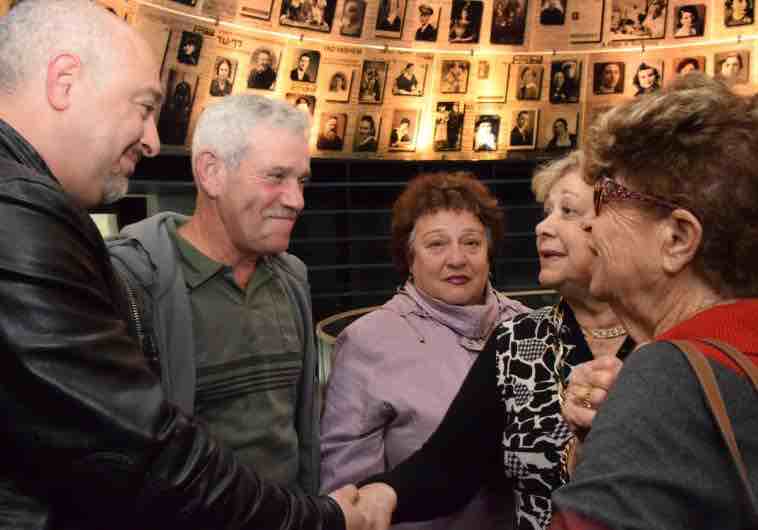 On Tuesday, Rywka and Henia met their first cousins, Fania and Gennadi, as well as Fania’s two sons, Evgeni and Pavel, at Yad Vashem for the first time.

Their parents, the survivors, passed away without ever finding out the fate of their relatives.

“It is difficult to describe how I feel,” remarked Fania Bilkay, who shared old family pictures she had saved of her father, Nisan, in Poland before the war. “I am deeply moved and very happy. My father always searched for members of his family and dreamed of finding them. He was alone. But ultimately, in this meeting today, his dream has finally come true.”

When Henia received the call from Yad Vashem that she had a cousin who was looking for her, she was in shock. “I grew up believing that our entire family was murdered in Poland. My parents never talked about the Shoah or their past lives. At first, I thought this news was a mistake. However, today when we met, I felt a connection at first sight; my family has grown overnight. Thanks to Yad Vashem, we discovered that we are not alone.”

Evgeni expressed his deep gratitude to Yad Vashem for its “important and meaningful work… this illustrates the connection that exists between all Jews. Here in one place, in Jerusalem, Yad Vashem has the capability of reuniting families even after all hope is lost.”

Yad Vashem chairman Avner Shalev said, “I urge families who will be gathering shortly for the holiday of Hanukka to check and make sure that their loved ones who were murdered in the Holocaust are remembered and recorded in Yad Vashem’s Central Database of Shoah Victims’ Names, and submit Pages of Testimony for those victims whose names are not yet recorded.”

To date, Yad Vashem has identified over two-thirds of the Jews murdered during the Holocaust. The names of 4.6 million Shoah victims are recorded in the Central Database of Shoah Victims’ Names, which is available in English, Hebrew, Russian, Spanish and German.