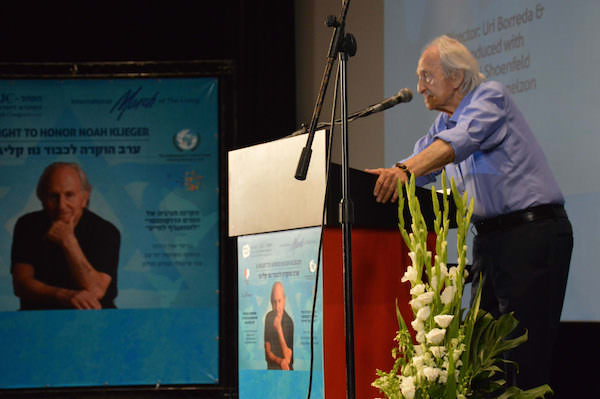 Noah Klieger z”l was honored by The International March of the Living and Israeli-Jewish Congress (IJC) on September 6, 2016 in Tel Aviv, Israel.

The International March of the Living mourns the passing of Noah Klieger, z”l, renowned Holocaust survivor. As one of the most well-respected members of the Israeli press corps, Noah dedicated his life to Holocaust education. He was a longtime dedicated member of the March of the Living family. His commitment to our mission and participation in so many of our journeys enhanced the lives of thousands of March of the Living Alumni. Noah’s legacy will live on through the millions who were privileged to hear, read and listen to his testimony. May his memory be a blessing and may his family be comforted among the other mourners of Zion and Jerusalem.

READ: How the March of the Living began by Holocaust Survivor, Noah Klieger z”l 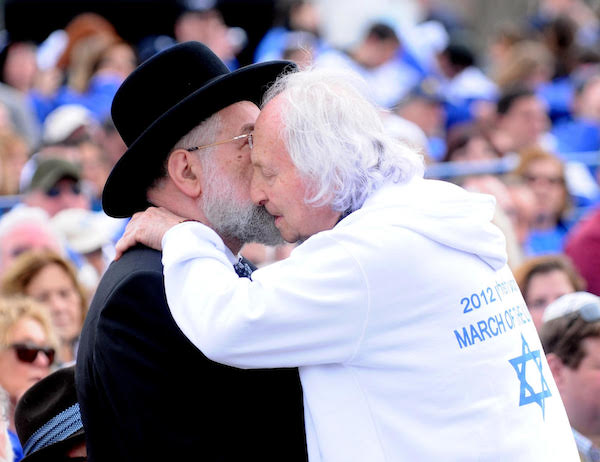 Noah Klieger z”l, was born in 1926 in Strasbourg. His older brother Jonathan was born in Germany but later their family relocated first to France and then in 1938 to Belgium. After the start of the WWII, when Belgium fell under the Nazi occupation, 13-year-old Noah helped founding a Zionist youth underground organization. Members of his group were passing messages between adult underground cells, helped obtaining ration stamps and smuggling Belgian Jews to Switzerland. Overall, Klieger’s cell successfully smuggled some 270 Jews to this neutral country, and in 1942 his own term came to leave Belgium, but he was caught at the border by the Germans.

Klieger spent some time at the Mechelen transit camp and in January 1944 he was sent to Auschwitz. There he has got pneumonia and expected to be sent to death, but, as Klieger recalled later, he addressed personally Mengele and other physicians who accompanied him and succeeded in persuading them that he still can be of use. One of the doctors agreed to send him back to barracks. Later he was saved from extermination by a miracle: one of the SS officers running the camp turned out to be an avid boxing fan and decided to form a boxing team out of Auschwitz prisoners. Despite having no previous boxing experience, 16-year-old Klieger volunteered to join the team. Other team members who had such experience in the pre-war world read his bluff but helped him to stay on the team, withholding their own hits and allowing him to hit them. Together with his teammates Noah was fed better than other prisoners and sometimes even received soup from officers’ mess. They were also exempt from work in the afternoon hours so that they could train. In all other respects, they were treated no better than other prisoners and sometimes even harsher; this was the way to show them that their athlete status does not carry privileges.

When in January 1945 the Red Army started closing on Auschwitz, the remaining prisoners were transferred on foot to Germany. After a three day long death march the survivors, including Klieger, were sent to the Mittelbau-Dora concentration camp. There he succeeded in fooling the Germans for the second time by pretending to be a precision mechanics expert and was sent to the underground plant producing missiles. On April 4 he was once again sent by foot with the rest of prisoners to another concentration camp, this time Ravensbruck; this death march took 10 days, but on April 29 Klieger and other prisoners of Ravensbruck were freed by the Red Army. 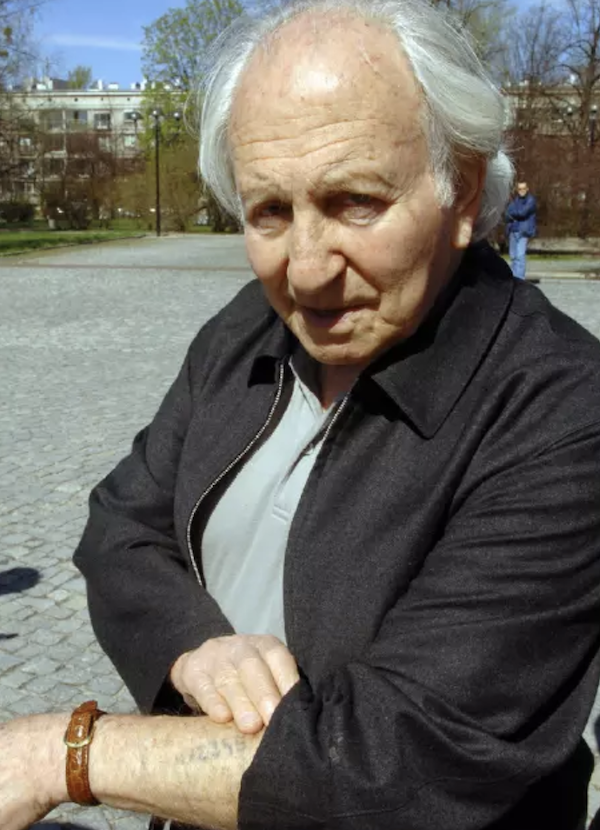 After returning from the camps Noah started a career as a journalist. As a reporter he was covering Nazi criminal trials in Belgium, France and Germany. In Belgium he reunited with his parents, who also survived in Auschwitz; his father Abraham started publishing a German-language magazine for Belgian Jews, and Noah was translating articles in this magazine to French.

When Klieger learned about Aliyah Bet, an illegal immigration operation allowing European Jews to come to the Mandatory Palestine, he joined forces with the organizers. In 1947 he himself became one of the illegal immigrants and boarded the ship Exodus 1947, becoming first a passenger and later a crew member. Shortly after his arrival to Palestine Israel War of Independence started, and he joined the Haganah as a volunteer. He took part in the Operation Danny, then was included in the “French commando” squad and finally became a soldier of Negev Brigade and fought in the Southern Palestine.

After the end of the War of Independence, Klieger once again embarked upon his journalistic career. He became a L’Équipe correspondent in Israel in 1953 and also one of the founders of first sports section in an Israeli newspaper. Starting from 1957 he was a member in the Yedioth Ahronoth where he also wrote a personal column till the age of 90. In addition, he covered trials of Adolf Eichmann and Ivan (John) Demjanjuk that took place in Israel, and frequently published pieces about Holocaust survivors. He keeps taking part in Marches of the Living (MoL), the annual educational programs dedicated to the Holocaust history.

Klieger took a major part in the development of Israeli sports as an executive and administrator. From 1951 to 1968 he served as the chairman of Maccabi Tel-Aviv Basketball Club, and from 1970 to 1998 as the chairman of the Maccabi Ramat-Gan Omni-Sport Club. Klieger was a member of the Maccabi World Union Executive for 14 years. He was also a major fixture in the development of European basketball, participating in FIBA’s activities since 1951. He chaired FIBA’s media council and the Basketball Commission of Association Internationale de la Presse Sportive for over 25 years and was a press advisor to FIBA’s Secretary-General and FIBA Europe Secretary-General.

In 2010, Noah Klieger was awarded FIBA Order of Merit. In 2012 he was awarded the National Order of the Legion of Honor by the French President Nicolas Sarkozy upon the recommendation of the journal L’Équipe, and in 2015 was inducted into FIBA Hall of Fame as a contributor.

Noah Klieger was a recipient of ‘L’oeuvre d’une Vie’ award from the Journalist’s Union and Award for Outstanding and Long-time Sport Activities in Israel (2008), as well as the honorary doctorate by the University of Haifa (2015). He was a recipient of a honorary medal from the City of Strasbourg. In 2016 Noah Klieger was awarded a title of Honorary Freeman by the city of Ramat Gan. His story of survival in the concentration camps has been told in a documentary film Boxing for Life.

On January 27, 2017, Noah was the Keynote Speaker at the United Nations Holocaust Memorial Ceremony on the occasion of the International Day of Commemoration in memory of the victims of the Holocaust.

Klieger died on 13 December 2018, after several years of ill health caused by a heart condition. His final column for Yedioth Ahronoth was published on 11 December and commemorated 80 years of that newspaper.