March of the Living to Focus on Post-Survivor Period 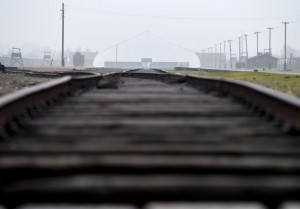 2015 marks the twenty seventh March of the Living, in which students from more than forty five countries around the globe make a pilgrimage to some of Europe’s most infamous concentration camps. 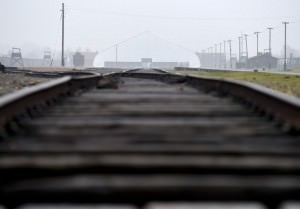 A large tent errected ahead of an anniversary ceremony is seen at the former German Nazi concentration and extermination camp Auschwitz-Birkenau . (photo credit:REUTERS)

This year’s annual March of the Living pilgrimage to Auschwitz- Birkenau will focus on “passing on the torch, with participants becoming the witnesses for the next generation,” Shmuel Rosenman, the organization’s chairman, said on Wednesday.

“With every passing year there are fewer survivors to tell their stories,” he noted, adding that “with the rising tide of anti-Semitism in Europe, this year the march takes on extra significance as we ask whether, 70 years after the end of the Second World War, the lessons of that tragic period of history have really been learned.”

This year marks the 27th March of the Living, in which students from more than 45 countries make a pilgrimage to the death factories of Europe prior to learning about the Holocaust, followed by a visit to Israel for Remembrance Day for the Fallen of Israel’s Wars and Independence Day.

The trip, which will be led by former chief rabbi and Holocaust survivor Rabbi Israel Meir Lau, has had over 220,000 participants over the years, organizers said.

“The appearance of anti-Semitism all over the world now makes it so we don’t forget the days of the Holocaust,” said Lau.

“I believe that the march has a transformative effect.

Jews who join the march from the Diaspora return to their countries a little more Israeli than they were when they left, better able to appreciate the State of Israel, while Israelis return to Israel with a deeper consciousness of being Jews,” he said.

Combating discrimination and hatred through education