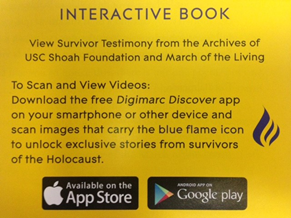 The United Nations (U.N.) hosted an exhibit at its headquarters in New York City in 2014 and 2018, titled “When You Listen to a Witness You Become a Witness,” featuring images from the International March of the Living, an annual educational program, bringing individuals from around the world to Poland to study the history of the Holocaust and to examine the roots of prejudice, intolerance and hatred.

The exhibit, which later appeared at Poland’s Auschwitz-Birkenau State Museum and the Polin Museum, among other locations, included pictures of Holocaust survivors, rescuers and concentration camp liberators from the U.S. Army.

Later versions of the exhibit included images that had been enhanced with Digimarc Barcode, an imperceptible code that can be added to virtually any image or print piece, including magazines, books, and catalogs. The code makes it possible for people to scan pages with a phone and then access videos and other web content.

During the “Witness” exhibit, visitors used the Digimarc Discover app to scan the pictures and watch video testimonials on their phones, allowing them to hear first-hand accounts from Holocaust survivors, rescuers and veterans who liberated the camps.

The U.N. exhibit inspired a 2015 book created by March of the Living called Witness: Passing the Torch of Holocaust Memory to New Generations published by Second Story Press, which featured photos in the book with Digimarc Barcode. 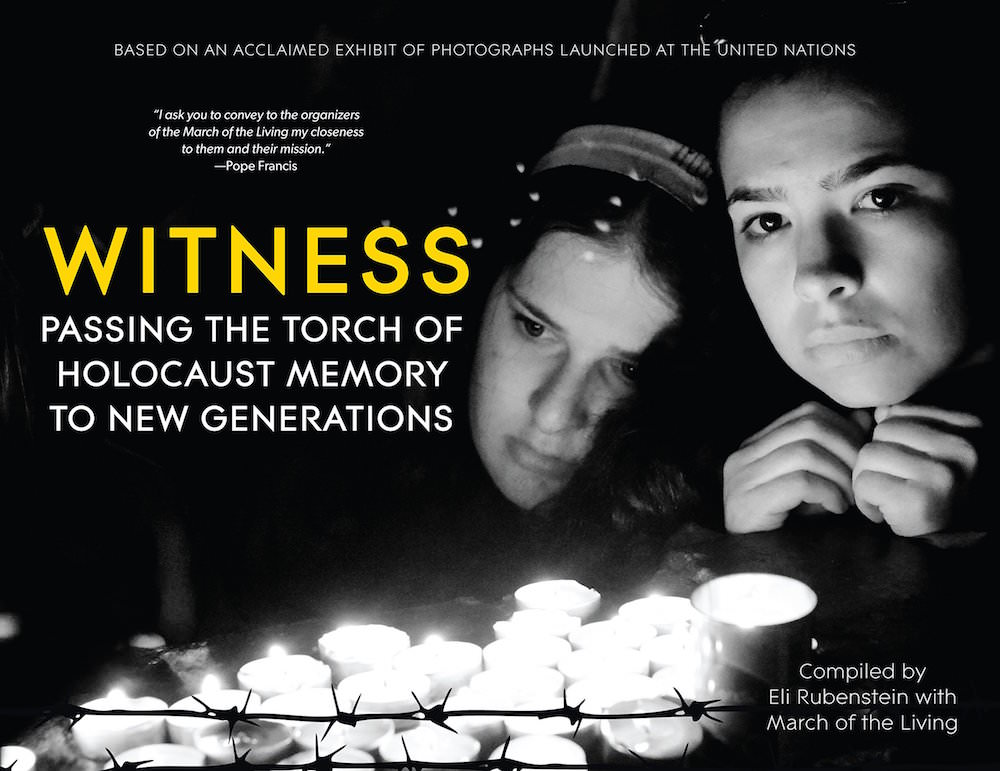 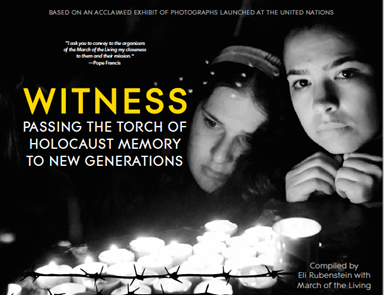 The response to the exhibit and the book has been overwhelmingly positive, and as a result, the exhibit has toured throughout the world, and interest in the book has led to new translations into Polish and Hebrew, and in the future, a number of other languages.March of the Living plans to publish a second English edition of Witness in the second part of 2019.

To educate readers on scanning the photos, the book has a graphic on the table of contents page that instructs readers to download the Digimarc Discover app and then look for images that carry the “blue flame icon,” indicating the image has Digimarc Barcode.

The images link to Holocaust survivor and camp liberator testimonials created by both March of the Living and the USC Shoah Foundation, an educational organization founded by director Steven Spielberg to film and archive the stories of Holocaust survivors around the world.Eli Rubenstein, the director of March of the Living Canada, wrote and edited the book. “Whenever I do presentations I always highlight the Digimarc Discover app, and explain how the app brings the book to life in two ways,” Rubenstein said. “It allows the reader to actually hear the voice of the person in the picture and it allows the reader to learn much more about the story, because they are no longer limited to the finite words on a given page.”

To learn more about the International March of the Living, click here.