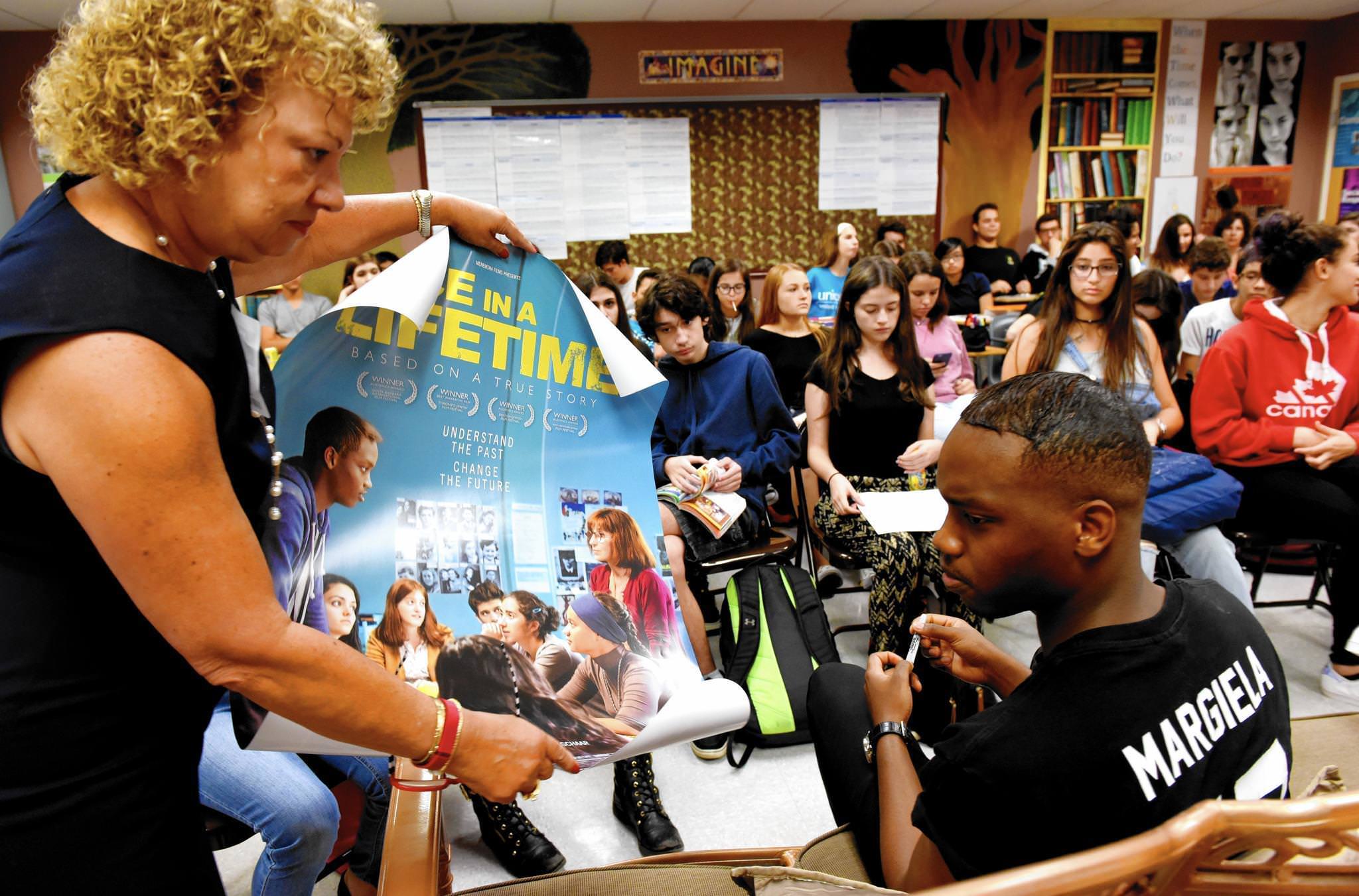 When Leon Zyguel visited a French classroom eight years ago to tell the story of how he survived Auschwitz and Buchenwald, he probably hoped the students would listen and remember.

But Zyguel, who died in 2015, got more than he expected from the unruly students at Lycee Leon Blum in Creteil, a diverse Paris suburb. The students used Zyguel and other children who lived through the Holocaust as the basis of a project they entered in a national competition. The story is told in the film “Once in a Lifetime,” which will be released in South Florida theaters on Friday.

The screenwriter, Ahmed Drame, who was a student in the class and appears in the film, is visiting high schools in Broward and Palm Beach counties this week to share a clip from the movie and discuss the role Zyguel, whom he came to respect and revere, played in his life.

“I was captivated by the way he talked, his charisma,” said Drame, 23, the son of Malian immigrants to France. Drame was 15 when he met Zyguel, the same age as Zyguel when he was deported to Auschwitz.

“For me, he is my father. I’m a better man because of him,” Drame said. “Leon Zyguel will stay in my life until I die.”

Holocaust survivors visit South Florida schools almost daily and hope they make such an impression. Although lessons about the Holocaust have been required in Florida public schools since 1994, it’s up to each school district to incorporate the history into existing curriculum.

Some high schools offer a Holocaust elective, a yearlong look at the systematic destruction of Jews and other minorities by the Nazis during World War II and the importance of tolerance and diversity in a democratic society. Seven schools in Broward and 14 in Palm Beach County offer this elective, said Linda Medvin, director of Florida Atlantic University’s Center for Holocaust and Human Rights Education, which coordinated Drame’s visit.

On Tuesday, Drame spoke to about 70 Holocaust elective students at Cypress Bay High School in Weston. He told the story of his high school history teacher, who required her class to enter a project on children and teenagers under the Nazis for France’s annual National Contest of Resistance and Deportation. The students visited the Holocaust Memorial in Paris and heard the story of Zyguel, who played himself in the film.

After initial resistance to the project, the students became captivated by their Holocaust education and ended up winning the national prize.

Besides the life lessons he received from Zyguel, Drame said he learned the importance of understanding history as well as taking risks to achieve personal goals.

“You can’t be an important person or do great things in your life if you don’t know history,” he said.

“He was our age when he made this movie,” said Andrea Garffer, 17, a senior. “It shows how it doesn’t matter what you were in high school.”

“He didn’t have a plan for his life, but one person inspired him, and he was able to follow his dream,” said Daniel Hernandez, 16, a junior.

“Once in a Lifetime” opens Friday at The Last Picture Show in Tamarac, Cinema Paradiso in Hollywood, Living Room Theaters in Boca Raton, Movies of Delray and Movies of Lake Worth. For more information, go to MenemshaFilms.com.