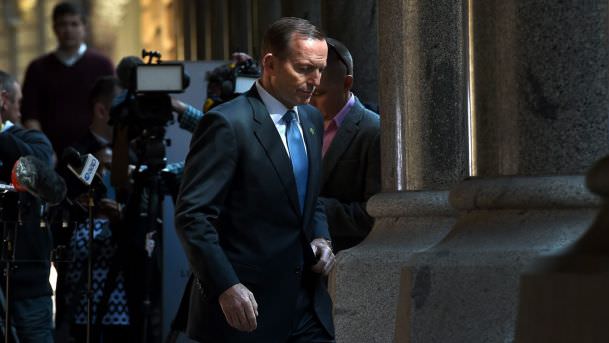 By: The Associated Press

Australia’s prime minister angered some Jewish leaders on Thursday by suggesting that the Islamic State movement was worse than Nazis during World War II.

It is the third time this year that gaffe-prone Prime Minister Tony Abbott has riled Jewish Australians with Nazi analogies.

Abbott used an interview with Sydney Radio 2GB on Thursday to credit Nazis with a sense of shame for atrocities they committed.

“The Nazis did terrible evil, but they had a sufficient sense of shame to try to hide it,” Abbott said. “These people boast about their evil, this is the extraordinary thing,” Abbot said of Islamic State fighters.

“They act in the way that medieval barbarians acted, only they broadcast it to the world with an effrontery which is hard to credit,” he added.

However, Executive Council of Australian Jewry President Robert Goot said there was a “fundamental difference between organized acts of terrorism and a genocide systematically implemented by a state as essential policy.”

He said while there is no question that Islamic State is “profoundly evil,” Aboott’s comments suggesting that it is in some respects worse than the Nazis were “injudicious and unfortunate,” Goot told reporters.

Those responsible for state-sponsored genocide were high government officials who operated in secret “not out of any sense of shame, but to avoid being held criminally responsible,” Goot added.

Abbott later said he wasn’t in the business of ranking evil, but stood by his comments.

“I do make this point, that unlike previous evil-doers, whether we’re talking about Stalin, Hitler or whoever, that tried to cover up their evil, this wretched death cult boasts about it,” Abbott told reporters.

Abbott’s Cabinet is expected to agree next week to a U.S. request to extend air strikes against Islamic State targets beyond Iraq into Syria.

In February, Abbott apologized to Parliament for describing a 10 percent reduction in defense industry jobs under a former Labor government as a “holocaust of jobs.”