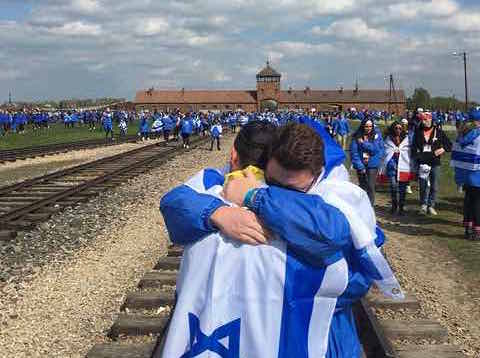 We waited in line to enter one of the most efficient murder camps ever built, Auschwitz. It pains me to write the word “efficient,” knowing it was the Nazis’ goal to destroy human beings in an organized process. Like at a normal museum, we entered, wearing headphones, accompanied by our tour guide. Yet, this was not a normal experience. We walked into a camp guarded by the words “Arbeit Macht Frei,” meaning, “work sets you free.” This lie told by the Germans was haunting. I held my breath as I walked away from freedom. From life to death. Once I was inside Auschwitz, I found it hard to breathe. I was almost choking. It was real. The barbed wire, the fences, the brick constructs. It was real. It was no longer a photo, or a movie, or a documentary, or a scary story. It was in front of me and it was real, yet it still made no sense. It would never fully make sense. The scariest part of it all was its resemblance to a regular college dorm or camp. If you removed the barbed wire and guard towers, it would look normal. The Nazis used the facilities as a propaganda tool to show their conditions were humane. It scared me. It looked normal, yet history showed otherwise. Thousands of people murdered here in an organized fashion. My soul was truly torn with that realization. 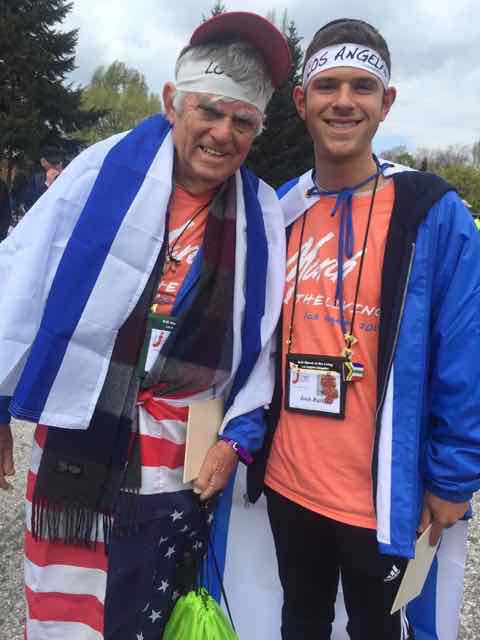 After touring Auschwitz, we arrived at Birkenau. I did not want to go in. I knew I had to, but I was physically and mentally exhausted. But who am I to complain? I was warm, well fed, and surrounded by life. As I said, all I could feel was shock when walking through Birkenau. It was vastly different from Auschwitz; it was huge and spread out with five crematoriums. It was disgusting. We were told how human ash was dispersed throughout Birkenau, while it was running. It was all so difficult to comprehend. After Birkenau, I messaged my parents and girlfriend to tell them that I loved and appreciated them. I thanked my parents for sending me on this trip. I couldn’t imagine life without them. A life separate at a concentration camp. 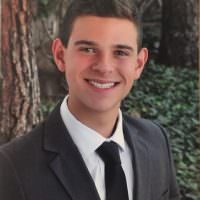 Josh Raikin is a senior at de Toledo High School and will be studying electrical engineering at Cal Poly San Luis Obispo next fall. He has been going to Camp Ramah in California since Tzophim 2013 and will be on tzevet for kayitz 2017.